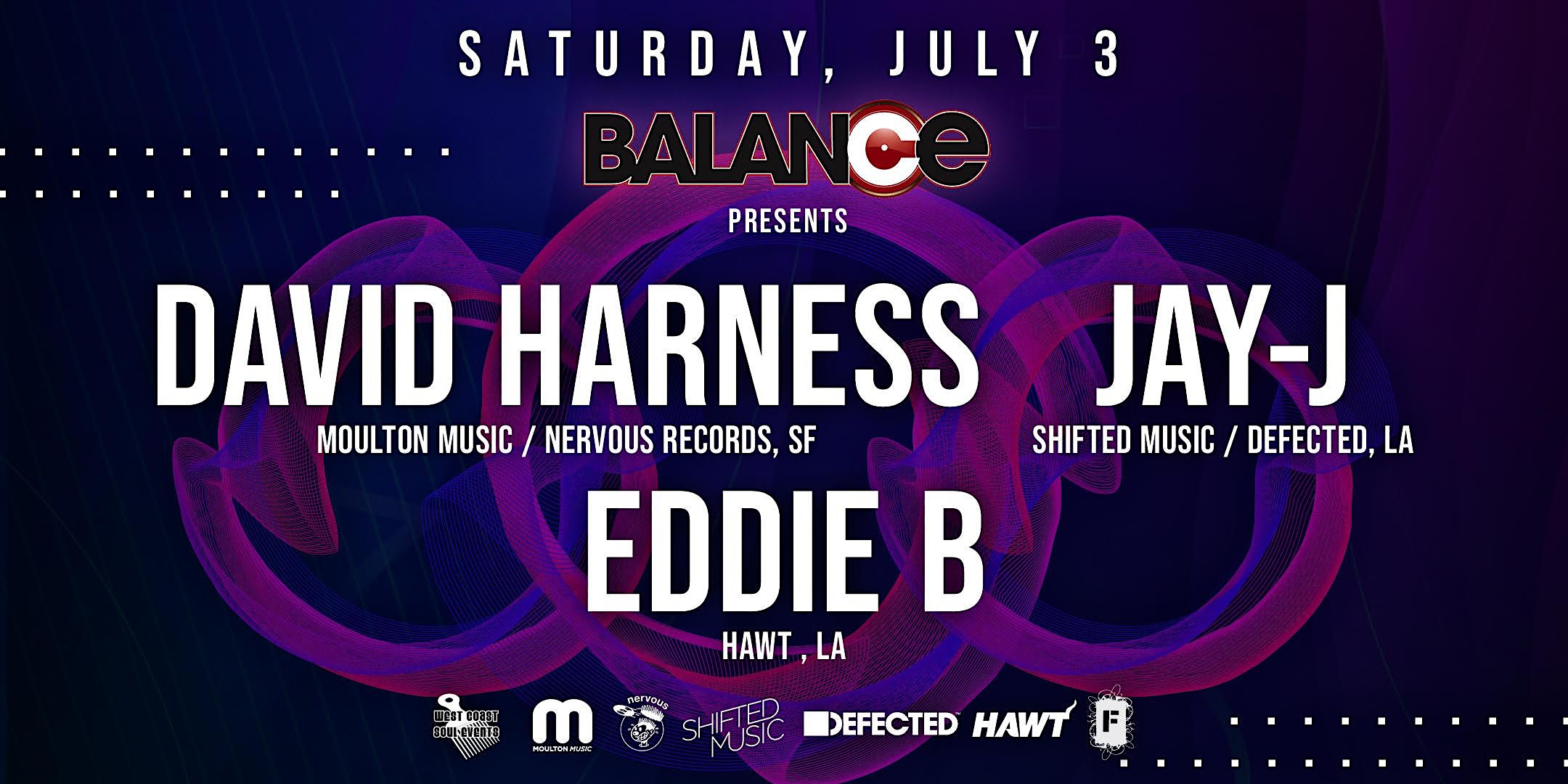 Join us for Sue La Form's Birthday Bash - A celebration of life, friends, music and dancing!

After a long time away from each other, we are so happy to be together again on the dance floor. We hope you will join us for this very special celebration with house music masters from San Francisco...

DJ DAVID HARNESS - One of the most popular DJ/producers in the San Francisco Bay Area club scene. He has been described as a man who lives, breathes and emanates everything that is beautiful about deep house music and classic garage. David is considered a ‘rising star’ within the dance community.

DJ JAY-J - Founded Shifted Music as an outlet to showcase his special brand of House Music; a signature, Funky House/West Coast sound. With over 150 releases, Jay-J’s won a Grammy® nomination and launched two compilation series for Defected. He’s also remixed artists from Jill Scott to Joss Stone and has collaborated with producers from Kaskade to Miguel Migs.

Along with LA's hometown hero...

DJ EDDIE B.- Known in LA as part of the deep & funky house crew HAWT, his bottomless versatility and arcane knowledge of music makes him stand out from the rest. A true talent that proves his ability to move the dance floor time and time again.