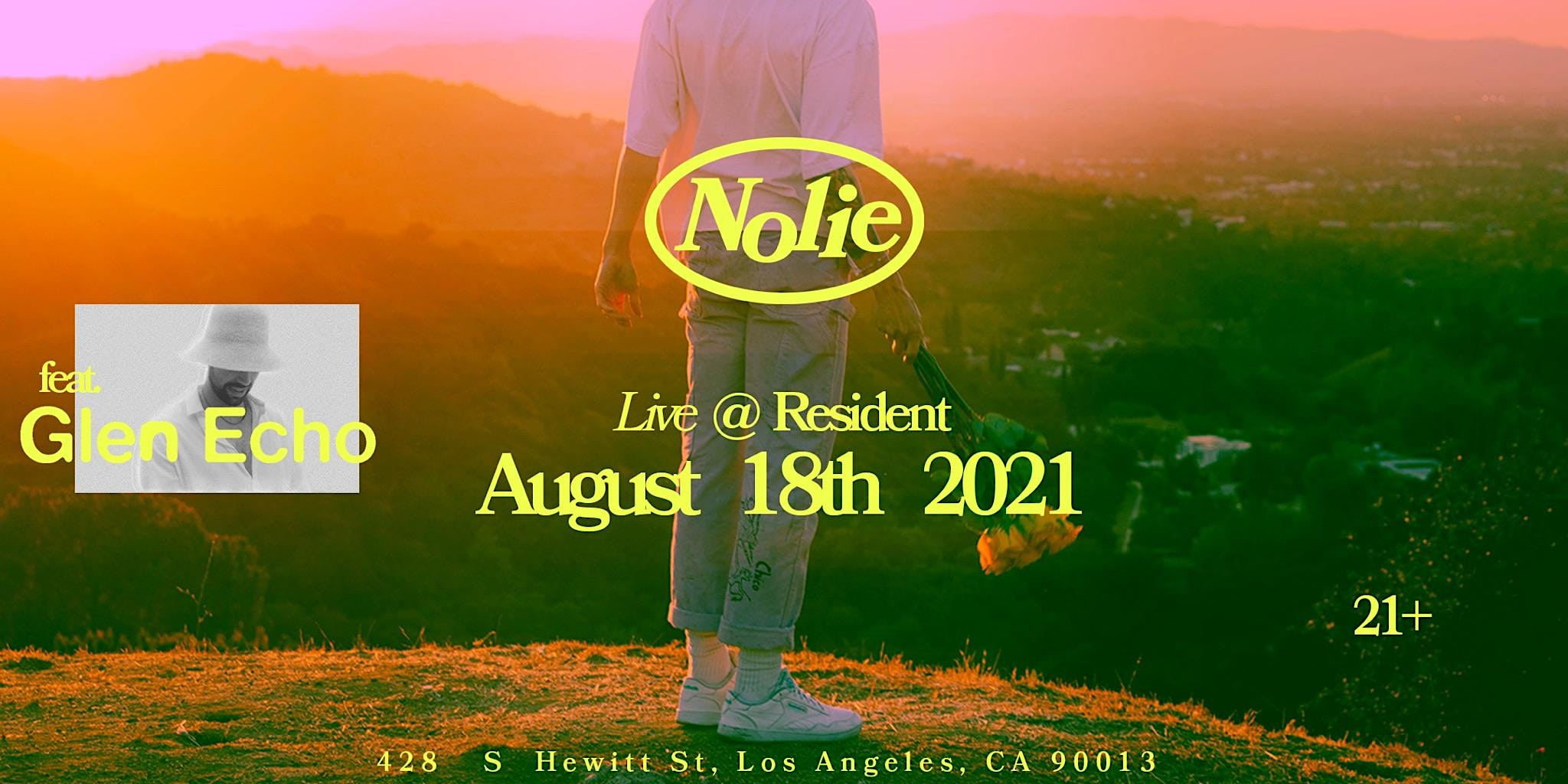 After what felt like a never ending break from live music, Nolie is back with new music and he’s bringing along special guest Glen Echo for a night filled with music and fun.

Nolan Feldpausch, or Nolie as he's known to his friends got his start making post / hardcore music in Indiana. He detoured into music photography and video directing from 2015-2019 where he grew from a young, energetic tour photographer / creative, into a focused and multi-talented songwriter. Now, he's made a return to music while spending the last year between Nashville and LA honing his music, working with artists like Slenderbodies, Elio, Jeremy Lloyd of Clear Eyes / Marian Hill, Bearson and Christofi to create what quickly became a tangible project. His first single "Come Over" premiered at KCRW and currently has over 2.4m streams, it was heavily featured in Spotify's Lorem playlist. Nolie's fourth single "Enough" was released in October 2020 and was followed by his debut EP "dontyoumind" shortly thereafter. Nolie also toured with good friend, BAYNK in 2020 between the months of October to February. He was direct support and played shows in spots from XOYO in London all the way to the El Rey in Los Angeles. Whilst touring, Nolie’s single "Enough" premiered as a Zane Lowe First and was added to the "Wake Me Up" playlist on Apple Music.

Camden Moser, aka Glen Echo, is a multidisciplinary artist living in Los Angeles. Forced from his touring career during the pandemic, Glen Echo emerged in the off time. Glambien, his debut EP, blends the avant-garde, psychedelic and dreampop textures that deliver what Camden calls “true introvert headphone music.”