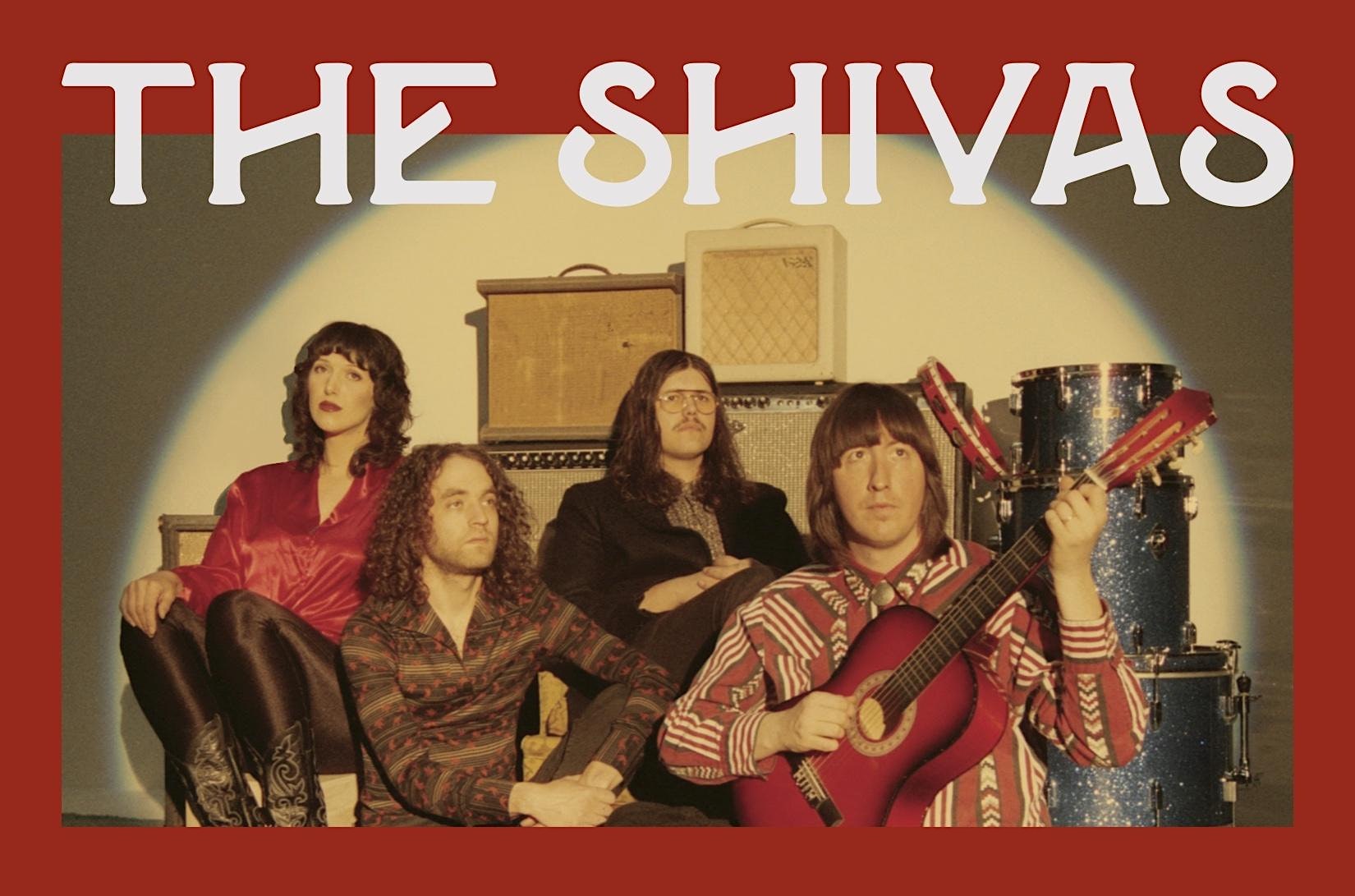 Every working musician has had their life turned upside down by Covid-19. For The Shivas, who had recently released a new LP and normally keep a rigorous touring schedule, it was a particularly screeching halt. “We were about to go to SXSW, the following weekend was Treefort in Boise, and then we were going to open for our friends’ band on tour in the US before going to Europe,” Jared Molyneux remembers. Then everything just stopped.

They were faced with a dilemma. “It forced us to adapt or just quit,” Molyneux says. “The reality is that shows are our job.”

In truth, live shows aren’t just The Shivas job: they are the band’s greatest love. Shivas shows are bombastic, explosive and thoroughly communal live rock and roll experiences where barriers between the performers and their audience seem to dissolve into the sweat and sound. The stage—or the basement, or the living room—that’s The Shivas’ true element. It’s their raison d’etre. It’s their religion.

The band’s live urgency may have been born in 2006, when the band’s young members—who began booking West Coast tours while still in high school—waited without fanfare on sidewalks or in parking lots, before being rushed onstage for their sets at 21-and-up clubs. Maybe it developed a little later, as The Shivas blasted their way through Portland’s storied and unsanctioned mid-aughts house show scene. Whatever the origin of their famously kinetic live experience, it’s the show that keeps them coming back after over 1,000 performances spread over 25 countries in 15 years.

In those 15 years, The Shivas have grown tight-knit as a group. Guitarist/singer Jared Molyneux, bassist Eric Shanafelt and drummer/singer Kristin Leonard have all been with the band since its earliest days; guitarist Jeff City, another high school friend, joined in 2017. Together they’ve learned to thread a seemingly impossible needle: They’ve honed and tightened their performances without sacrificing the element of surprise that makes each show special. And despite touring and recording for most of their lives, they speak about their project with humility, in the DIY vernacular of their Pacific Northwest upbringing. They talk up their own favorite bands, play all-ages shows as much as possible, and bring a sort of blue-collar humanism to the live performances they relish so much. “We just want to make people feel good,” Molyneux says. “We want them to forget they have to work tomorrow.” Kristin Leonard elaborates, “The live show is all about that feeling of catharsis—in ourselves and in everyone who comes out. We’re creating this safe space where we can all let go. Where we can exhale. And it feels really good when we are able to facilitate that.”

So when Covid hit, the band knew it was time for transformation. After a settling realization that live music would be grounded for the foreseeable future, The Shivas booked significant studio time with Cameron Spies, who also produced the 2019 Dark Thoughts LP. They also transformed their lives: three of the band’s four members found work with a local nonprofit serving unhoused Portland residents. They became engaged in protests and fundraisers for social justice. They spent a whole summer actually living in Portland, settling into the city they had always called home, but that sometimes felt like a temporary stop between tours.

“We got into a more community-minded headspace,” Leonard says. “And that did give us some purpose. It felt cool to see everybody come together to stick up for what they believe in. It feels like an incredibly formative last twelve months.”

The album that emerged from this new moment finds The Shivas reborn as a band that seems seasoned and perfectly at home with itself. There is a calm, even a hopefulness, to Feels So Good / Feels So Bad that sounds new. The Shivas didn’t write or record the album with a particular theme in mind, but one seems to have emerged: where Dark Thoughts was about confronting your demons with fearless self-examination, much of Feels So Good / Feels So Bad is about what happens once you find that peace: how being honest with yourself changes your relationships and your priorities. “I do think it’s about acceptance,” Leonard says. “There’s a weird relaxation that comes with being at peace with things you can’t control or have regrets about.”

Yes, Feels So Good / Feels So Bad is an album about acceptance. Sometimes that acceptance feels enlightened and sometimes it feels like the end result of a lot of kicking and screaming. The Shivas have adapted in both of those ways. With a new tours scheduled and a new album on the way, they’re still hoping--like all of us--for a new era of vibrant, cathartic live music. The lessons they learned from having their normal upended, though, have only helped them grow.