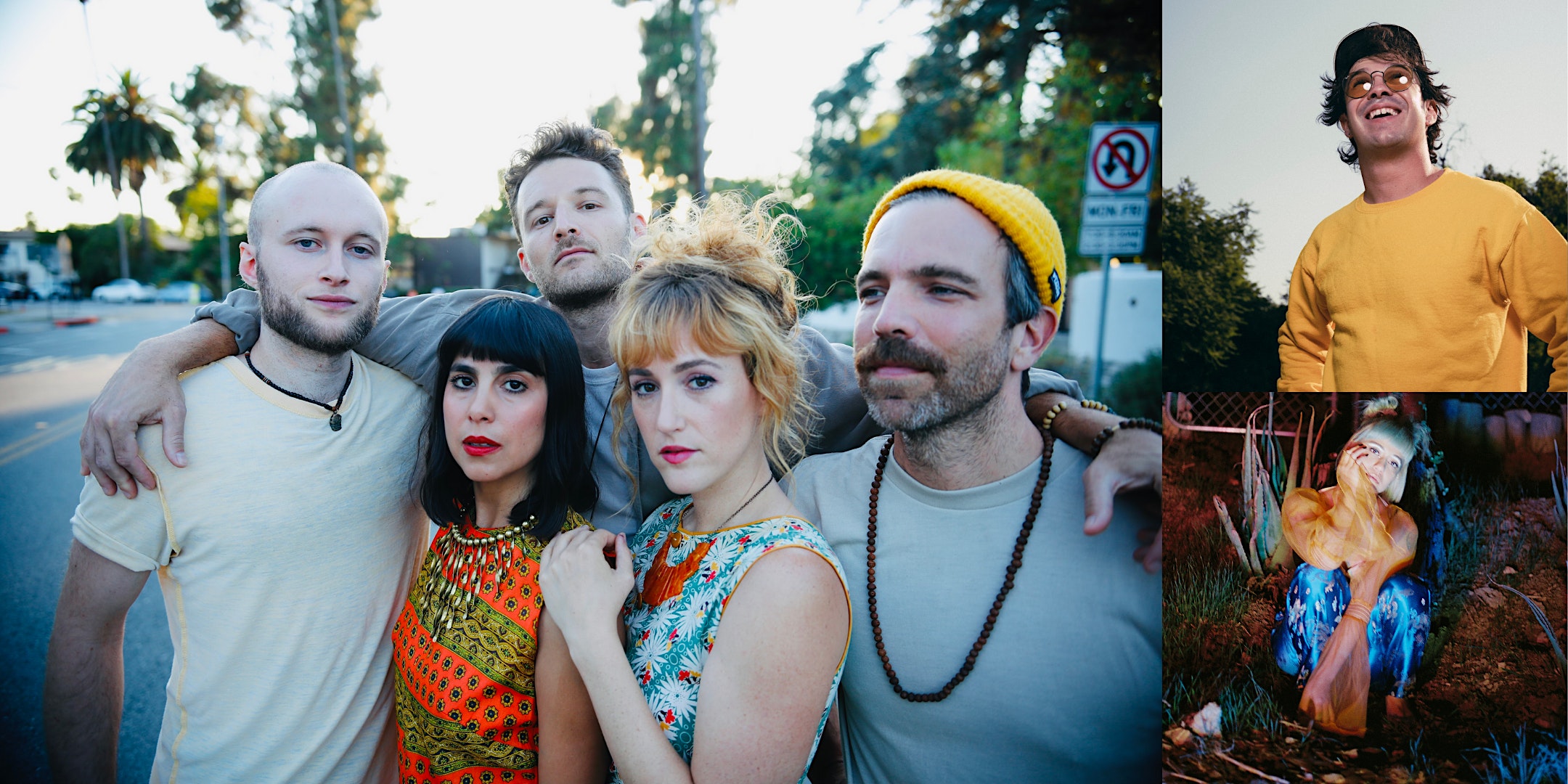 Karmic is a band of musicians, artists, and life adventurers inspiring us through their music and vision of the world. Fronted by two dynamic female singers, Kyle Tkatch and Laura Baruch, Karmic has crafted a uniquely funky Californian twist on indie-pop.

Los Angeles-based artist-producer, Joshoo, has been making a name for himself as a maker of quirky indie pop since the release of his first single in September of 2020.

A long time sideman and instrumentalist for artists, including his Boston-based band, Ripe, Joshoo (the solo project of Josh Shpak) took the complete full-stop of tour schedules and the world at large to launch his solo career and take the leap from his long-time home on the East Coast to Los Angeles.

With only 6 songs out Joshoo has already attracted attention from media and streaming giant, Spotify, being featured on several of their coveted editorial playlists, such as the career-breaking Fresh Finds. The future is exciting for fans of Joshoo with new music and anticipated live performances coming soon.

Xelli Island is the independent dream pop project of Detroit-bred vocalist, songwriter and shapeshifter Lianna Vanicelli. Having fronted one band after another since she was 14, Vanicelli tired from the conflicts of a group dynamic and has found strength and a clear creative direction as a solo artist in Los Angeles. Her island is something of a mirage; a melodic, lyrical haven to the unbridled human spirit and travails alike.

It is from her unique, down-to-earth perspective of establishing a creative life in Detroit's music scene, the whimsical, eye-opening experience of visiting loved ones in The Philippines since childhood, and finding her purpose early in life that Xelli is able to write from a place of charming yet humble wisdom. Her music is an honest reflection of both the inner and outer world that she moves through with lyrics detailing the beauty and the struggle of navigating through life, love, and this imperfect society we co-habituate today.

The project is a serendipitous result of Xelli working closely with producer and long-time friend Jon Zott. They have been co-producing and co-writing the songs together since summer of 2019, with additional collaboration from bassist Mathew Hofman.

Buy your tickets for Night Two!