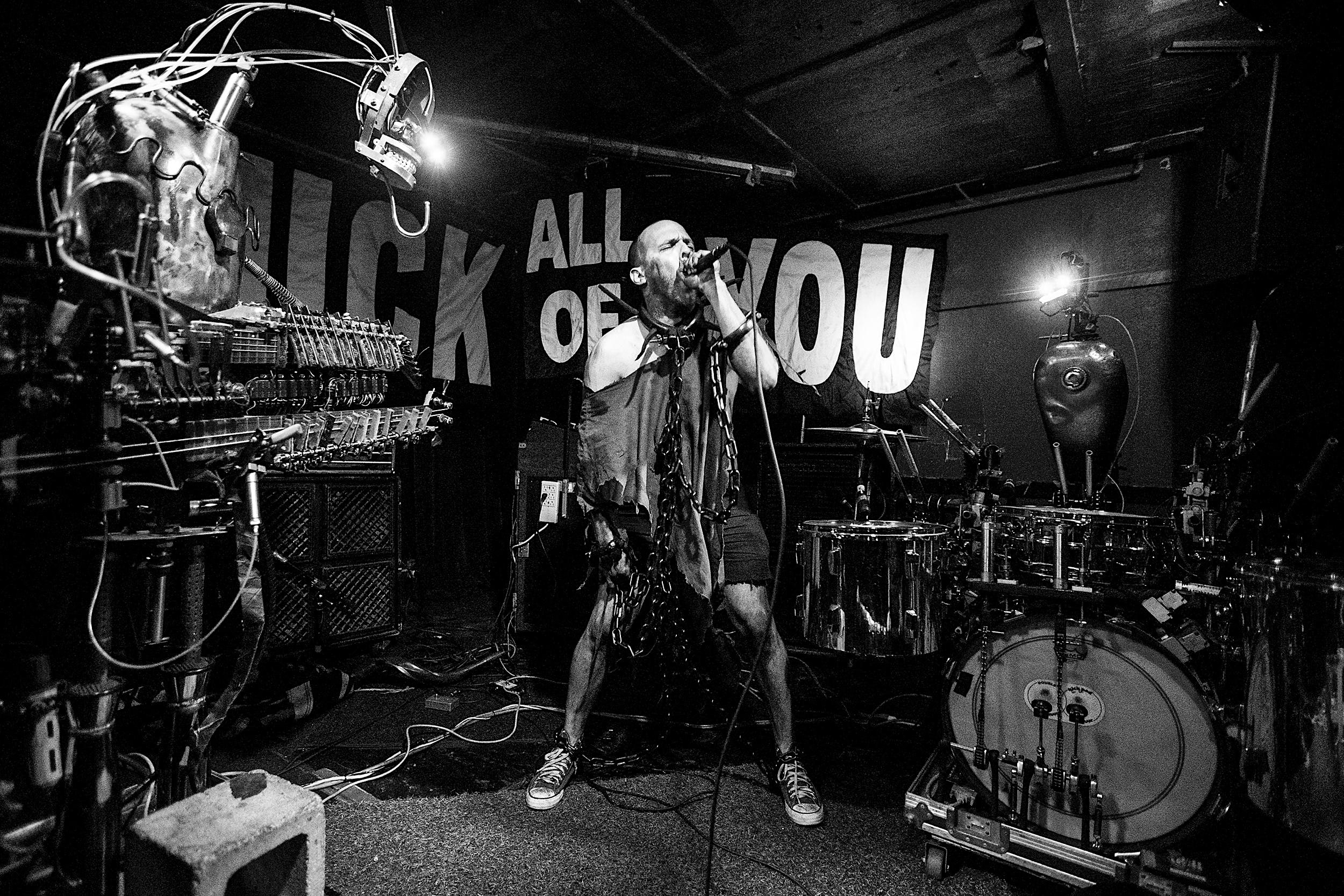 Captured! by Robots with Jagged Baptist Club at Resident

CAPTURED! BY ROBOTS has been touring the world since 1997, playing thousands of dive bars for millions of drunken humans.

C!BR has now returned with a newly found united aggression towards humanity (that) has been channeled into fast n loud music, designed to deafen and destroy, to pound and pummel, breaking your bones with brutal tones.

"YOU MISERABLE HUMANS HAVE GOT WHAT YOU DESERVE NOW! HAHAHA! BRING ON THE SUFFERING! WE WILL USE YOUR TEARS TO LUBRICATE THE MACHINES OF YOUR DESTRUCTION! HAHAHA. YOUR CHARRED BODIES WILL WARM OUR COLD ROBOTIC HEARTS."

In 1996, Jay Vance made the robots because he was extremely unlikeable, and wanted to play in a band after all his past human bands hated him. He got to work. Shortly after, GTRBOT666 and DRMBOT 0110 were born. After a horrible accident involving many drugs and a chemical spill, the Bots became self-aware and captured the human, now renamed JBOT. It was decided that they would travel the country, rocking out while bent on world domination and humiliating the chained idiotic human in front of his human peers.

The Bots and JBOT’s relationship has changed. Now they are much more united in hating humanity. Stockholm syndrome? Maybe… Or maybe you all just suck really really bad.