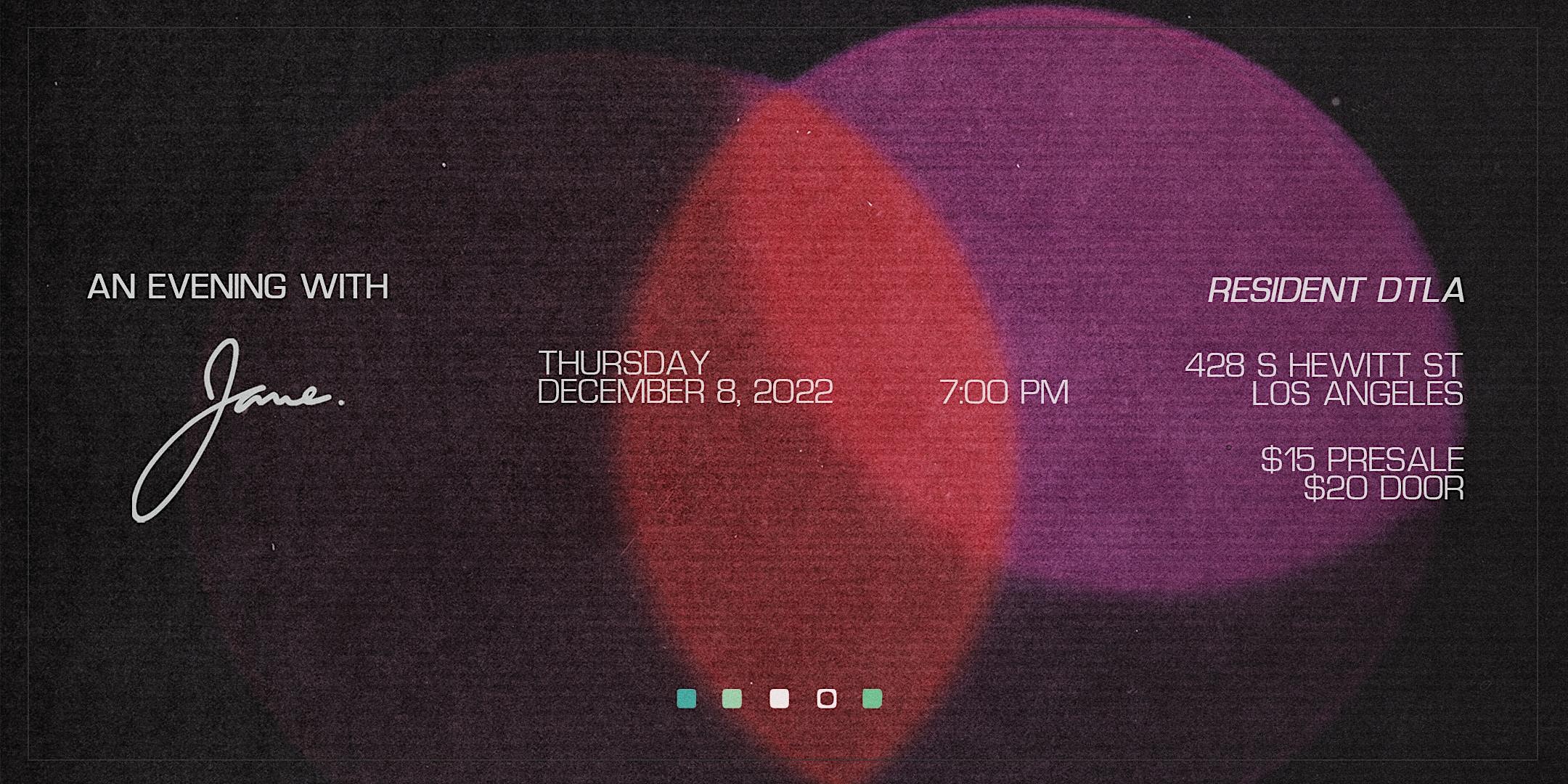 An Evening with Jane.

What the Sound Presents An Evening with Jane.

Sync to Outlook
Sync event to Google Calendar
What the Sound Presents An Evening with Jane.

An Evening with Jane.

An audience usually prioritizes ethnicity before considering music. That’s the rub for an artist like Jane.: how to express multicultural identity, while letting the music speak for itself? During lockdown, he was forced to confront his interiority thru exploration of his spiritual center. For Jane., manifesting his spiritual rebirth while in isolation demanded a meditation on the ocean. Jane.’s journey moves upon waves, both within & without.

The first wave started as it should: guitar at the beach. This is exactly what he meditated on: his intuitive & sincere beginnings. The doubleness of this contemplation, the persona oriented nature of socials, a game that Jane. will not master, because mastery lies in manipulation, opposed to the ethos of the Jane. opus: genuine expression of the Self thru music. A return to the code of art, the very thing that hooked us all as kids.

Growing up 1/2 Indian, 1/4 black & 1/4 white in both America & India, how does one relate to their environment when it’s unsure of them? This is Jane.’s task, the personal expression of identity both within & without cultural context. It’s in this conflict that Jane. plays out the theater of his music; to belong, or to be the Other? No wonder the ocean is Raj’s muse.

Jane.’s music reaches the listener with disregard for optics. As long as the music finds you, as long as the ocean exists, there is always the potential to be moved, to be taken out to the sea of imagination upon a wave.