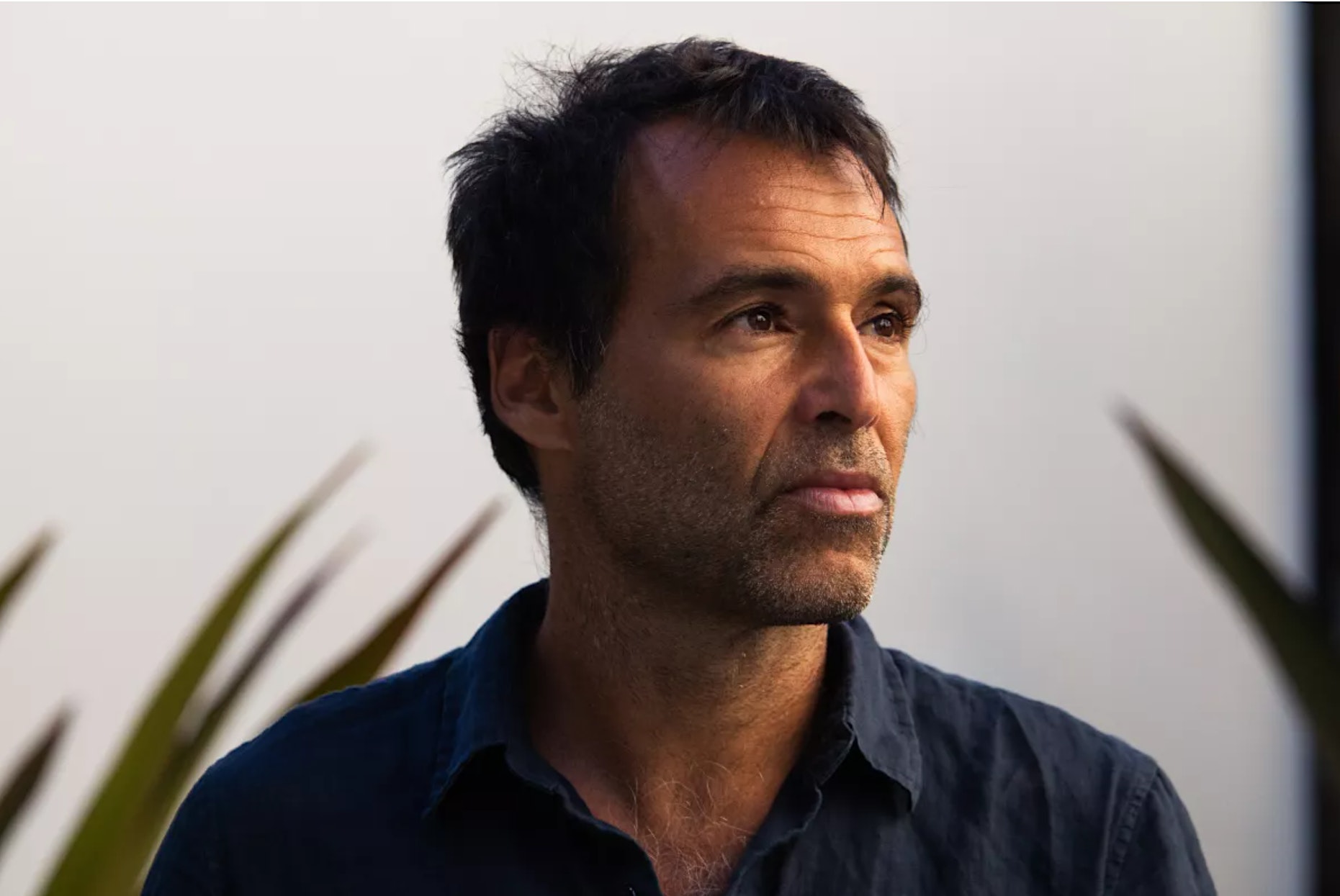 Rogê — guitarist, singer-songwriter and prince of the Lapa nightlife scene (in the heart of Rio) — announces his first official solo American album Curyman, to be released March 3 on Diamond West Records. Since leaving the turbulence of his home city for Los Angeles, Rogê has been reimagining samba through a fresh lens of cinematic orchestrations, intoxicating grooves and sun-baked psychedelia. 11 songs, nearly all of them originals written by Rogê for this album and sung in Portuguese, bring the sounds of Brazil into new territories.

To make Curyman, Rogê partnered with funk/soul mastermind Thomas Brenneck, known for his work with Menahan Street Band, Amy Winehouse, as the producer/songwriter/guitarist for Charles Bradley, and as a go-to collaborator with some of the biggest names in music, including Mark Ronson and Jay-Z. Rogê and Brenneck then flew to Rio for a historic session with Brazilian composer Arthur Verocai to finish the album.

Rogê is one of the most exciting singer-songwriters to emerge from Rio and on the verge of an international breakthrough. He recorded an album with Seu Jorge that was released in 2020 and featured in the NY Times and the New Yorker. The Latin GRAMMY nominee has released a number of Brazilian solo albums and is also known for co-writing the theme song for the 2016 Rio Summer Olympics.

Eva Scow was born in Fresno, California, to a Oaxacan mother and an American father. She began playing music at a young age, starting on the piano at age 4. Soon after, she began studying mandolin with Evo Bluestein and classical violin.

She began playing in orchestras and various groups, exploring different kinds of music from bluegrass to Brazilian. In 2007 she released her debut CD as a co-leader with guitarist Dusty Brough "Sharon By the Sea."

Eva is also a member of the contemporary jazz quartet Espacio, and the group Lyquid Amber with Hans York and Evo Bluestein. Eva has also recorded with the Anthony Wilson Nonet, and can be heard on their CD "The Power of Nine" which also features Diana Krall. She is equally at home in the classical, folk and jazz idioms.

Gibi dos Santos aka Marco dos Santos, is a percussionist born in Salvador, Bahia, Brazil's first capital. From a young age Gibi was exposed to the rich heritage of capoeira and Afro-Brazilian music. In 1998, his brother Meia Noite, another talented percussionist, introduced him to music legend Sergio Mendes whose band he was playing with. Gibi joined them and relocated to Los Angeles. Since then has recorded and performed with artists such as Kanye West, Enrique Iglesias, Alex Acunha, Giovanni Hidalgo, Pitbull and Kendrick Lamar. He features on the Oscar-nominated soundtrack of motion picture “RIO” and mobile game “Angry Birds.

Gibi travels worldwide with Sergio Mendes and has contributed to every album of his since 2008 including Grammy album Bom Tempo. When he is not touring, Gibi is part of a thriving scene in Los Angeles with artists like Thalma de Freitas, Airto Moreira and Rogê.