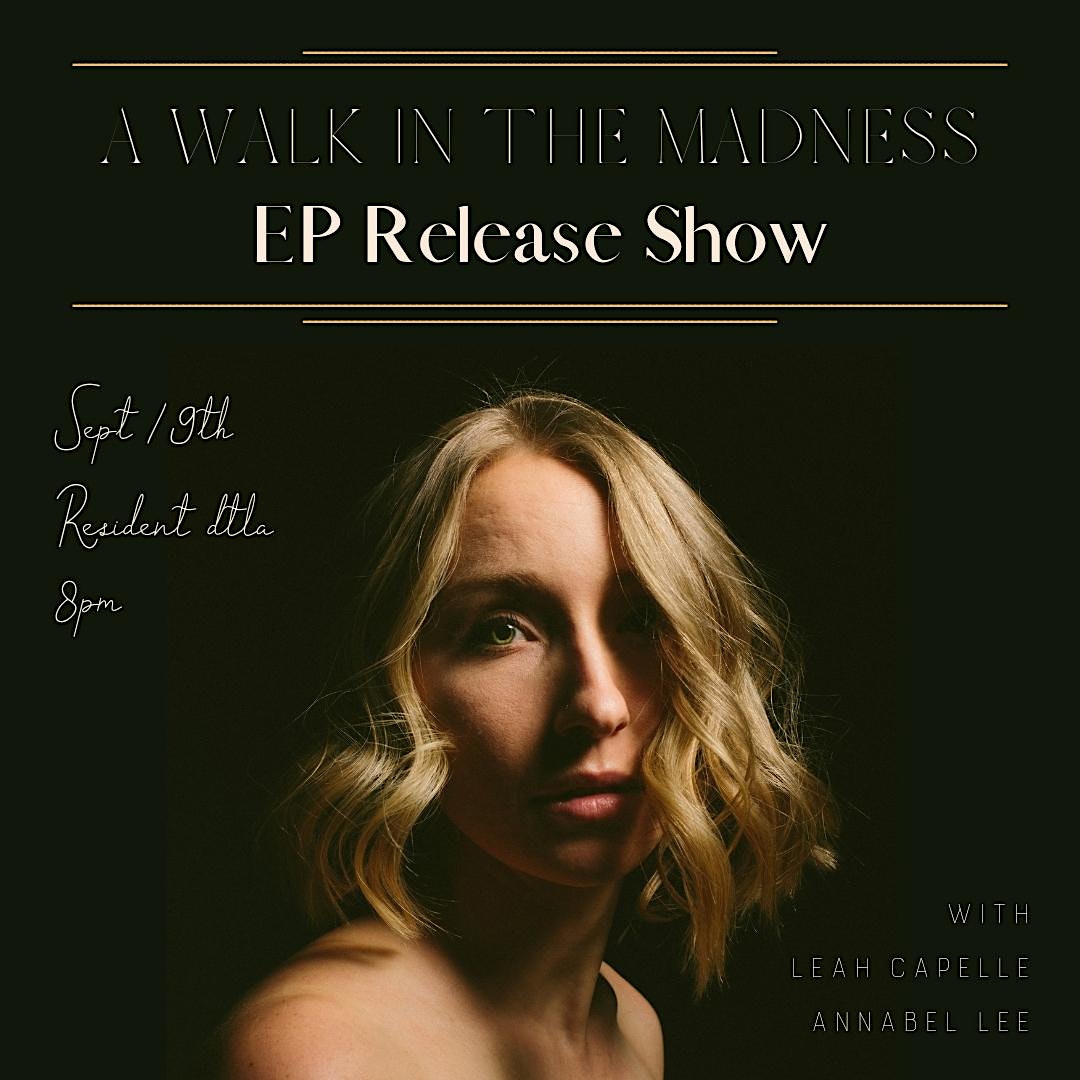 Los Angeles based singer/songwriter TAVIA has captured audiences throughout the US, the UK and France with her clear vocals and honest lyrics. In her newest EP, TAVIA explores new depths, both in style and vulnerability. ‘A Walk In The Madness’ asks the listener to embrace the human complexity of grief, and “find a home in the madness”.

Hear the first three singles from the EP now on Apple Music or Spotify, and look for the full EP September 19th.

Earlier this year, Capelle released a visual for “Settle Down,” a dauntless feminist ballad exploring identity, acceptance, and empowerment. We see Capelle completely vulnerable and exposed while also carrying a weight on her - a myriad of paint colors symbolizing societal projections and expectations placed mainly on women. The single - produced by Grammy-winning Jeff Bova (Eric Clapton, Celine Dion, Cyndi Lauper, Yoko Ono, Billy Joel, and many more) - dropped ahead of the new year along with Capelle’s giants EP.

Often compared to early icons like Alanis Morissette and Fiona Apple as well as buzzworthy artists such as Phoebe Bridgers, Mitski, and Molly Burch to name a few, Capelle has grown her fanbase to nearly 50k on social media independently thus far and is using her platform to make her voice (and yours) heard. Capelle has since refined her alternative sound with a batch of new singles slated for release in 2019, starting with ‘alder lake’ - a story about finding happiness in simplicity. Leah just returned from the road on a midwest tour during which time she opened for Knox Hamilton, showcased at Summer NAMM in Nashville, headlined the Emerging Artist Stage at Summerfest in Milwaukee, and headlined in Los Angeles at The Moroccan Lounge.

Her next single ‘know me better’ premieres on September 13th.