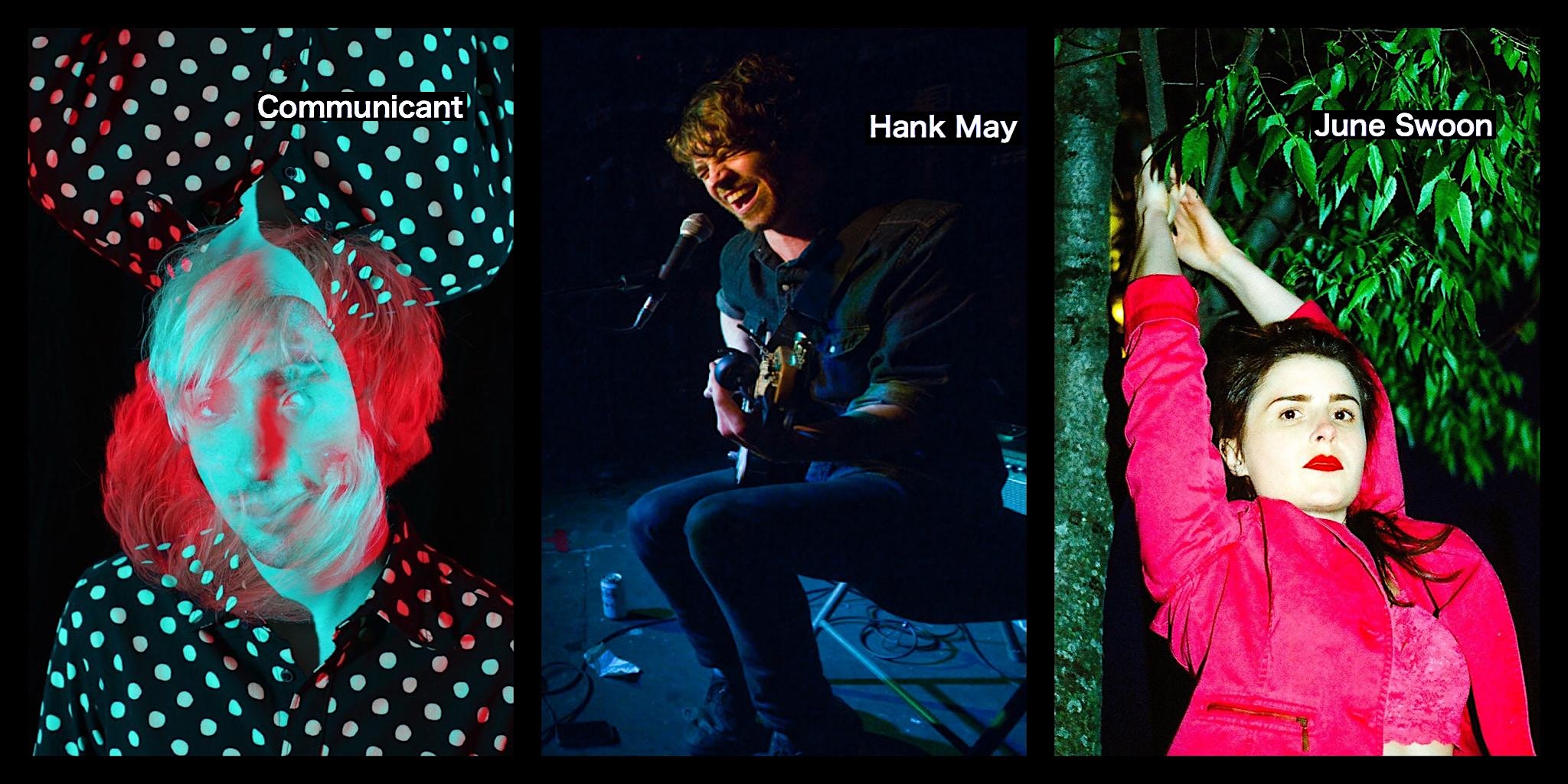 What The Sound Presents: Communicant, Hank May, June Swoon, Jerome

Communicant are a new 4-piece indie psych band from Los Angeles. Lead singer/songwriter/producer Dylan Gardner used to make hyper-melodic updated Beatlepop on his two earlier solo albums, but while working out ideas for new music, he had an epiphany - he could do whatever he wanted, and what he wanted was a psychedelic rock band. The songs are long, trippy, and introspective, the production relaxed, atmospheric, and colorful. The music lifts off with the same sense of possibility that has fueled modern fellow travelers like Tame Imapala, MGMT, Animal Collective, and Crumb.

After almost a year tinkering in their Pasadena, CA home studio, their debut album Sun Goes Out is ready for the world. Guitar, bass, drums, keyboards, electronics, and a fantastic record collection meet studio craft and songwriting in a very high place. Welcome to the world of Communicant.

Hank May has spent the better part of two decades quietly refining his songwriting. His knack for catchy guitar hooks and thoughtful lyrics have won him the respect of his peers in the music world. With a new backing band and an album on the way, Hank, 29, is ready to finally share his unique vision with the world. Listeners will hear traces of Modest Mouse, Sharon Van Etten, The Replacements, and Okkervil River.

Brash, cheeky, and often bittersweet, June Swoon is experimental rock with equal parts distortion and unexpected insights. Juli Lydell started performing original songs in her early teens as a musician at an Evangelical megachurch in Northern California. After a public split from the church, she moved from place to place (Austin, TX and San Diego among them), weaving in and out of touring bands and working odd jobs. While contributing to acclaimed albums in collaborative projects, she earned multiple degrees in Behavioral Sciences, studied yoga, and continued to write her own music privately. After moving to a small town in the Appalachian Mountains in 2017 for a doomed relationship, influences from all the places she'd lived over the past several years began culminating in a new genre-bending body of work. She took the solo project to Los Angeles in 2018 and released a self-produced debut LP, "This Town Could Be Big Enough for the Both of Us," in October 2019. Her "Dolly Parton in Doc Martens" sound has been compared to Kurt Vile, Land of Talk, Pavement, and Jenny Lewis. Her and her band will tour the West Coast in April 2020.

Jerome is the solo moniker of musician Pat Mertens. Mertens hails from Austin, TX where he began playing guitar in bands as a teenager. He relocated to Los Angeles in 2016 an quickly became immersed in the local indie scene; acting as a sideman and band member with various artists and bands. In 2019 he gained an interest in songwriting, drawing inspiration from 90s power pop bands like Teenage Fanclub, Lemonheads, The Replacements and Matthew Sweet. He penned his first batch of tunes which resulted in the first self released Jerome EP entitled ‘It’s Happenin’ Now’. In 2020 he plans to perform locally in Los Angeles and take the project on the road with a final date in Austin.