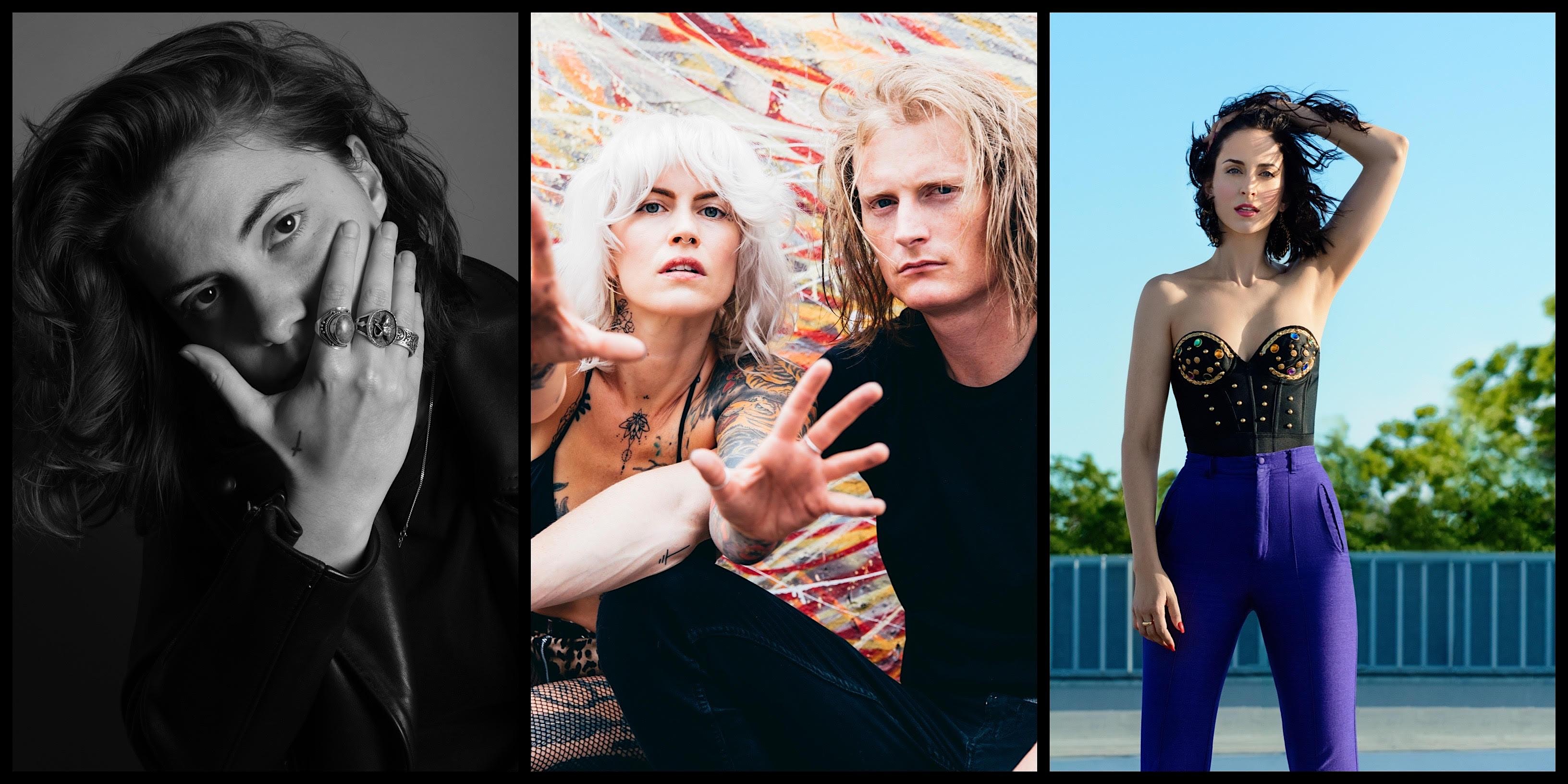 The dance hit of which her voice and songwriting capabilities graced the stage of nightclubs, festivals and stadiums around the world, including the success of the song’s 2018 resurgence by Lithuanian DJ Dynoro – a remix which has gained over 1 billion streams across the board since its release.

Aside from collaborating within the EDM realm, GEORGI pulls elements from her favourite musical genres (ambient, pop, deep house, dark electronic) and combines them with her love of sci-fi thrillers and old school horror films to create a sonically visual soundscape wrapped in an amalgamation of darkness and euphoria.

She is a multi-faceted artist who performs solo and live loops her music, creating a one-of-a-kind experience that hypnotises crowds on both a visual and sonic level. She has toured with Ed Sheeran, Tash Sultana, INXS and LP.

A native of Atlanta with an American mother and a Lebanese father, Nadia Vaeh found her way into artistry through modeling and joining a local Atlanta circus. She started singing in their productions, but this was not the beginning of her artistic roots.

Nadia’s love of music and singing began at the age of two and was nurtured by her parents by placing her into a traveling youth-choir. Her mother was a poet and passed on her love of words, which later lent to fuel her as a lyricist. Nadia lost her mom to suicide at the age of 17, which shifted the course of the young artist.

She dismantled her high-school band and strayed from song writing and singing for years, other than the occasional karaoke. After this tragic loss, she states that she went down a path of self-sabotage and destruction and used relationships and partying to ignore her pain. When she finally decided to begin again with artistry, she was a shell of a person and looking to anyone and anything for answers to deal with her heartbreak. “I made a lot of missteps when I first began my career and had to learn a lot of things the hard way.”

With her endless resilience she has grown into a performer, has had her music recently played on international radio, and is looking forward to sharing more of her music here in the US and around the world.

She has written well over 100 songs born from the things she’s experienced - to her songwriting is not only personally healing, but is also a platform to help others heal and make waves with social matters. Having written in several genres, her fascination lies with pop because; as she put it, “You can tell a story and create even more movement with that story through catchy lyrics and melodies”.