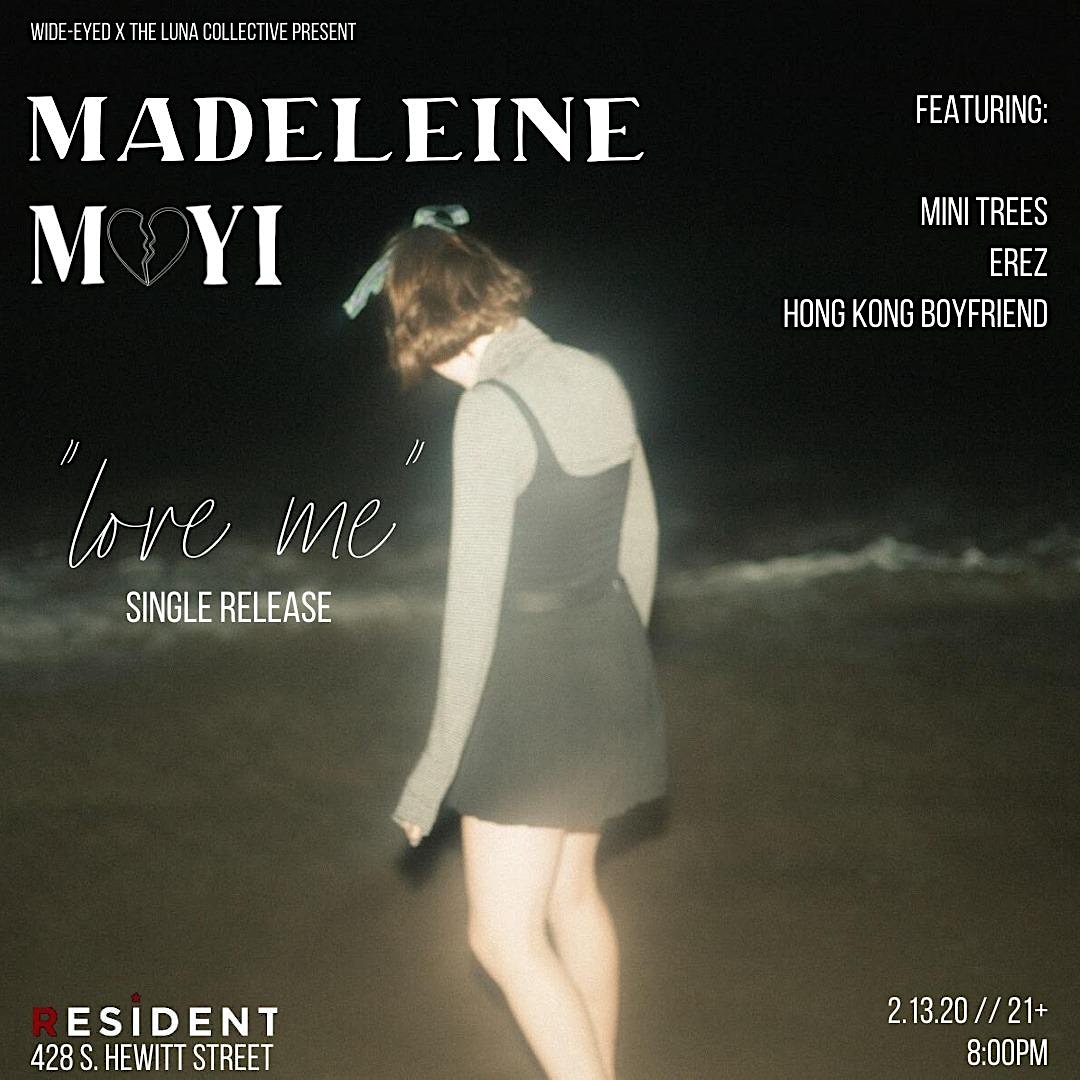 A single release party in celebration of Madeleine Mayi’s new song “love me,” due out on Valentine’s Day 2020.

The evening is co-presented by Wide-eyed, a concert promotion company dedicated to showcasing up-and-coming talent throughout Los Angeles and The Luna Collective, a platform for the creative community spotlighting a variety of young artists.

Madeleine Mayi fearlessly goes after what she wants. As a thoughtful and introspective writer with a voice as agile as it is soulful, her blend of indie rock and warm synths are nostalgia-inducing and wistfully honest. The California native spent the summer of 2019 on a 35-date solo tour and is now working on her first full-length album.

Erez and his music were both shaped by the Philadelphia Indie Basement scene, though living in Los Angeles since 2017 revamped his writing and production styles, residing now in the ever-so-gray area between Harry Styles and Johnny Cash. Erez is championed for his charming live presence, having toured 3 times across the United States — the type of guy you want to marry your sister, yet keep away from your mother (or vice versa). Stay tuned for his first single, “Sally Boy,” hitting streaming services in early March.

Mini Trees is the moniker of LA-based indie artist, Lexi Vega. In May of 2019, Vega released her debut EP, Steady Me, a collection of five songs that catalog years of navigating unforgiving waters in search of self and frames them with poignancy, a touch of angst, and meticulously crafted guitar and synth textures. Collaborating very closely with producer Jon Joseph, Vega recorded many instruments on the album herself, creating a short body of powerful work that is very much her own.

Hong Kong Boyfriend’s music is a treasure map to the most fulfilling and destructive love you can find. Classically trained on the violin and molded by the sounds of Frank Ocean and Bon Iver, he is a hybrid of all the styles you wish had blended earlier. With writing as delicate and vulnerable as his personality imposed over modern trap-R&B production, Hong Kong Boyfriend is the voice inside your head you never knew existed.