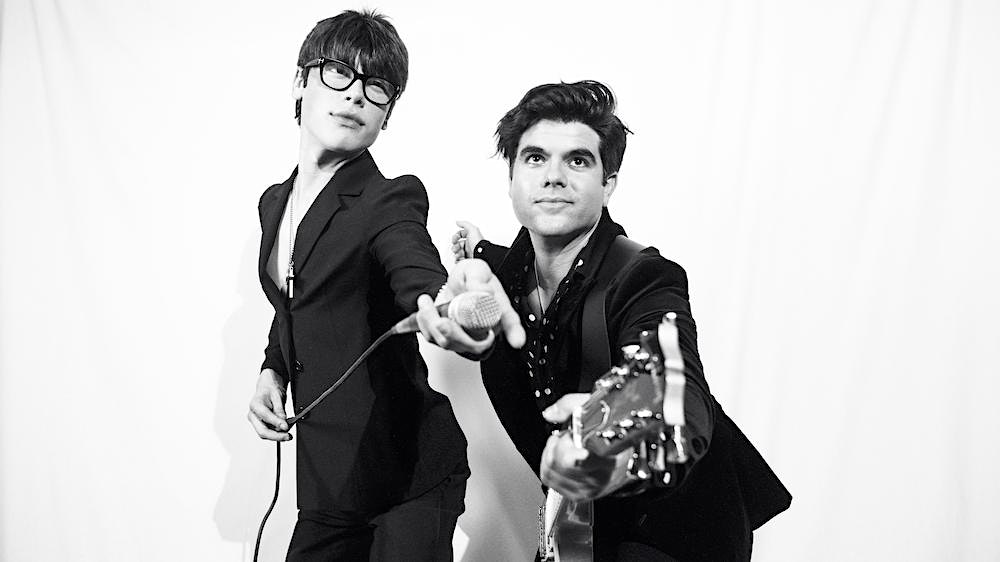 Fox Wilde is the latest project of brothers, Michael and Demitri Lerios. Their first release, ‘Soap’,quickly gained notoriety from media outlets like People Magazine and Good Day L.A. The band was also featured in Music Connection’s Top 100 Best Unsigned Bands in the U.S. Not to mention, Fox Wilde has garnered over 1 Million streams on Spotify. On stage you can find Demitri on vocals, Michael on guitar, accompanied by their female bandmates Fer Fuentes(drums) and Caroline Cirone (bass). Once you have experienced Fox Wilde you will have no choice but to release your wild within.

Born and raised on the Big Island of Hawaii, Electro Pop artist, songwriter, and producer Jasmine Crowe speaks to her audience about relatable topics such as mental health and addiction, all set to the tune of upbeat and strong pop melodies. Crowe took Grand Prize “Song of the Year” in the John Lennon Songwriting Competition with her 2018 single “Breaking Things.” Crowe is a multi-instrumentalist skilled at piano, guitar and violin, and puts her talent as a producer to use, incorporating all of her skills into every song she creates.

After releasing her debut album "Symptoms" in November 2019, Los Angeles-based singer-songwriter Jasmine Crowe culls her first Billboard appearance at #28 on Dance Club Songs with "Chess Game." The poppy original was remixed by C-Rod, Matt Moss and Nitemover, among others.

"'Chess Game' was born from a very honest place," Crowe tells Billboard. "One night, my girlfriend and I were talking about all the struggles we've been through, trying to navigate life and relationships, especially as young women in our industry, feeling like we were tired of playing everyone else's games. Inspired to write something uplifting, ultimately this song turned into an infectiously driven and empowering anthem in the face of adversity. The symbolism of the lyrics represents transformation, realizing your inner strength and having the courage to own your true power."

With her powerful vocals and sultry sound, Kendall Rucks fuses elements of rock, blues and dream pop to create music that isboth provocative and captivating. Originally from Florida and now based in Los Angeles, Kendall and her band, The Zodiac Mafia are poised to make some big waves in the coming year. In addition playing packed houses at her live local shows, Kendall has been releasing a slew of new singles and she’s preparing to make her first festival appearance at Okeechobeefest this spring.

“I’m so excited about all the great things happening right now. The music the band and I are creating is everything I’ve always wanted to do – it’s deep, kinda dark and has an organic rock feel - most of all though, I think it's honest... I believe there is nothing sexier than raw vulnerability - whatever way that comes through - whether it’s through childlike innocence and wonder,or a passionate lustful rage. When the music is true, it just feels right”

With artist inspirations such as Fiona Apple, Lana Del Rey, and Cat Power as well as groups like Nirvana, Radiohead and Garbage, Kendall makes music that is deep, thought-provoking and has soul with a sultry edge.