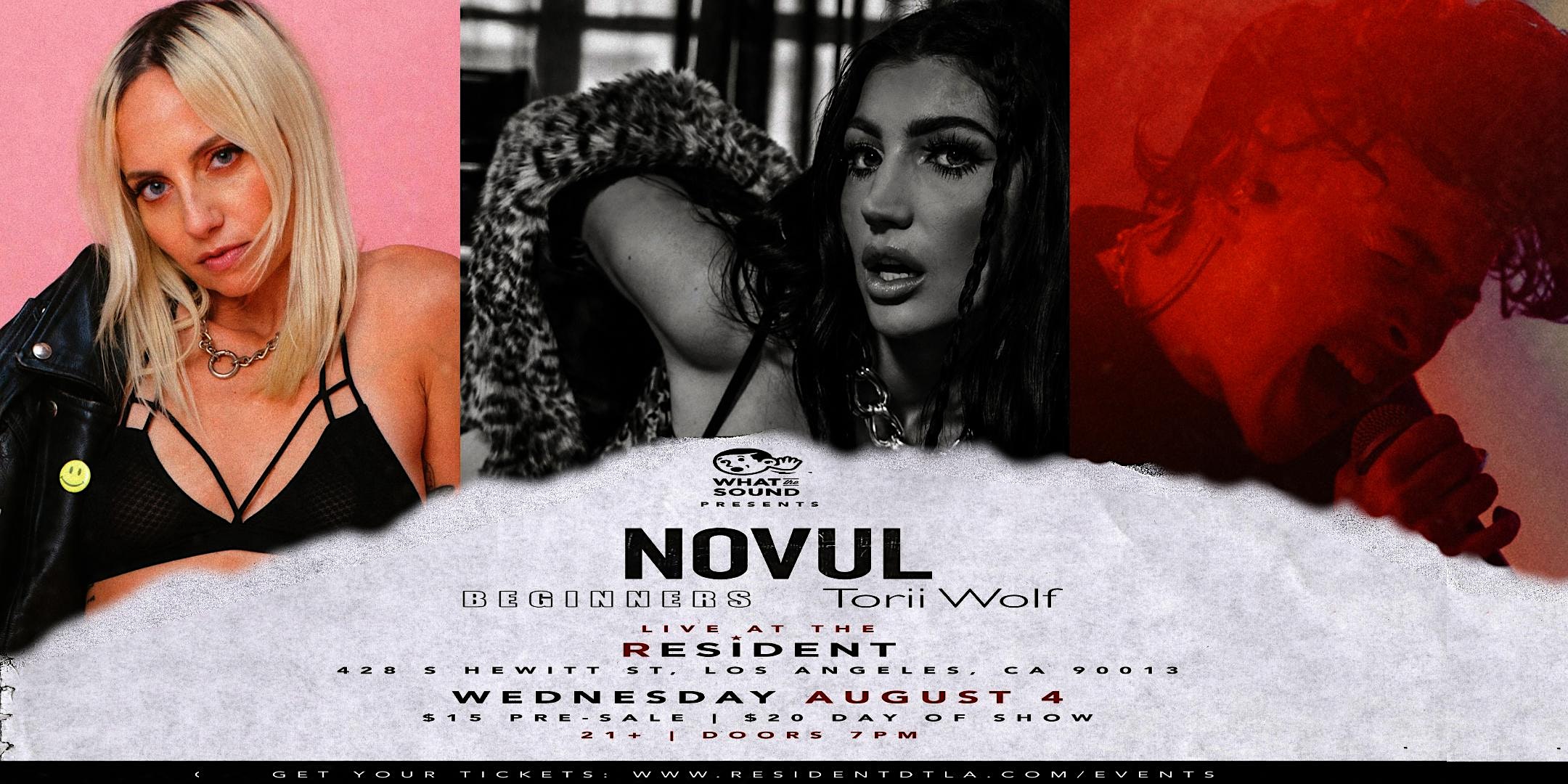 What The Sound Presents

"NOVUL" - (pronounced Nov-el) A name given by Grammy producer, Poet Name Life of The Black Eyed Peas. Poet would always express how Novul was quite the story, coming from a small prairie town of 495 people in Saskatchewan, Canada and with the synchronicity with her last name, Novlan, the singer/songwriter's artist name Novul was born and kept. Novul is no newcomer to the music or entertainment industry, with her past single "Spark" charting #16 on Billboard Dance Charts and getting Canadian airplay on local hit stations independently she is excited to share her new chapter with the world. Her sound has a fresh 90s - nostalgia wrapped around its pop-sound, with familiar tastes of Gwen Stefani, Fergie and Cher. Inspired by 90s electronic beats, horns and sassy vocal raps, Novul reminds us of the fun in music, the concept of play and dress up in creativity and art-making.

"I'm in a different chapter of my life and I'm not really in the mood to write about sad romance or past heartache. I decided to channel my fun, energetic and sassy personality into all my new singles hoping to encourage my friends and fans (Novulties) to feel sexy and confident when hearing these records.

They shared with EUPHORIA., “My brother Louy and I grew up in New York together. I left home when I was 17 and he was 12. For the 12 years that we did spend together, we connected deeply on a lot of things. Louy would sing with me. He would freestyle to my beatboxing. We both wore Converse sneakers, learned to play the drums, the guitar, and write songs. For the first time in a long time, we are in the same city again. Now we live in Los Angeles and we are bringing our creativity together with all that we have gathered along our own paths.”

BEGINNERS is the namesake for the genre-blending electropop musical stylings of Sam Barbera, a multi-talented Los Angeles based musician who also serves as one fourth of the rising band L.A. Exes (also featuring Jenny Owen Youngs, Rachel White, and Steph Barker). She has made a name for herself in LA’s music scene as a talented songwriter and captivating frontwoman, leading to collaborations with artists like Kygo, and tours with Tove Lo and Walk The Moon among others. Her incredible ear for a great hook and an undeniable beat has led to over 35 million streams for her songs, and landed placements in campaigns for the likes of Apple and Samsung as well as syncs on shows including Riverdale, Shameless and a currently featured track for Disney’s Raya and the Last Dragon trailer. To make it all the more impressive, everything the self-driven Barbera has accomplished to date has been done independently and on her own terms.

Earlier in life, Barbera’s musical journey began at 12 when she started playing guitar. She gravitated towards the punk and hardcore scene, which made her a bit out of place in the Indiana farm town she grew up in. “I loved bands like Black Flag, NOFX, Subhumans, Descendents etc and desperately wanted to start a band, but my best girlfriends didn’t really play,” she remembers. And the boys in town who were in bands weren’t punk enough for the young Barbera, who turned instead to her musician parents to teach her Misfits and Metallica solos after school. It wasn’t until after college that Barbera would start playing in bands, mostly as a bassist, before she finally started taking on the role of lead singer.

After some years both playing in bands and leading them, sometimes embracing or constrained by specific genres, with BEGINNERS Barbera has found an outlet to completely follow the whims of her creativity as a musician. “I really allow myself to go wherever I want to now creatively,” she explains. “I let myself cross genres and I’m not afraid to experiment with my sound anymore.” That freedom can be heard in her newest music, as she moves fluidly through elements of pop, trap and punk. The experience she says, “has been super fun and liberating to play with.”

That Barbera has had the time to focus exclusively on her creative endeavors is a recent development, and not something she takes for granted. “I’ve been in bands for years hoping to make my dream of being a professional musician a reality,” she relates. “I’ve slogged it out doing so many insane jobs including weed trimming in sketchy warehouses and being an assistant to a porn director in order to keep a job that would be flexible with my touring.” Those experiences almost led to Barbera opting out of the pursuit of life as a full-time musician, but a conversation with her dad, who was himself a struggling musician, kept her going.