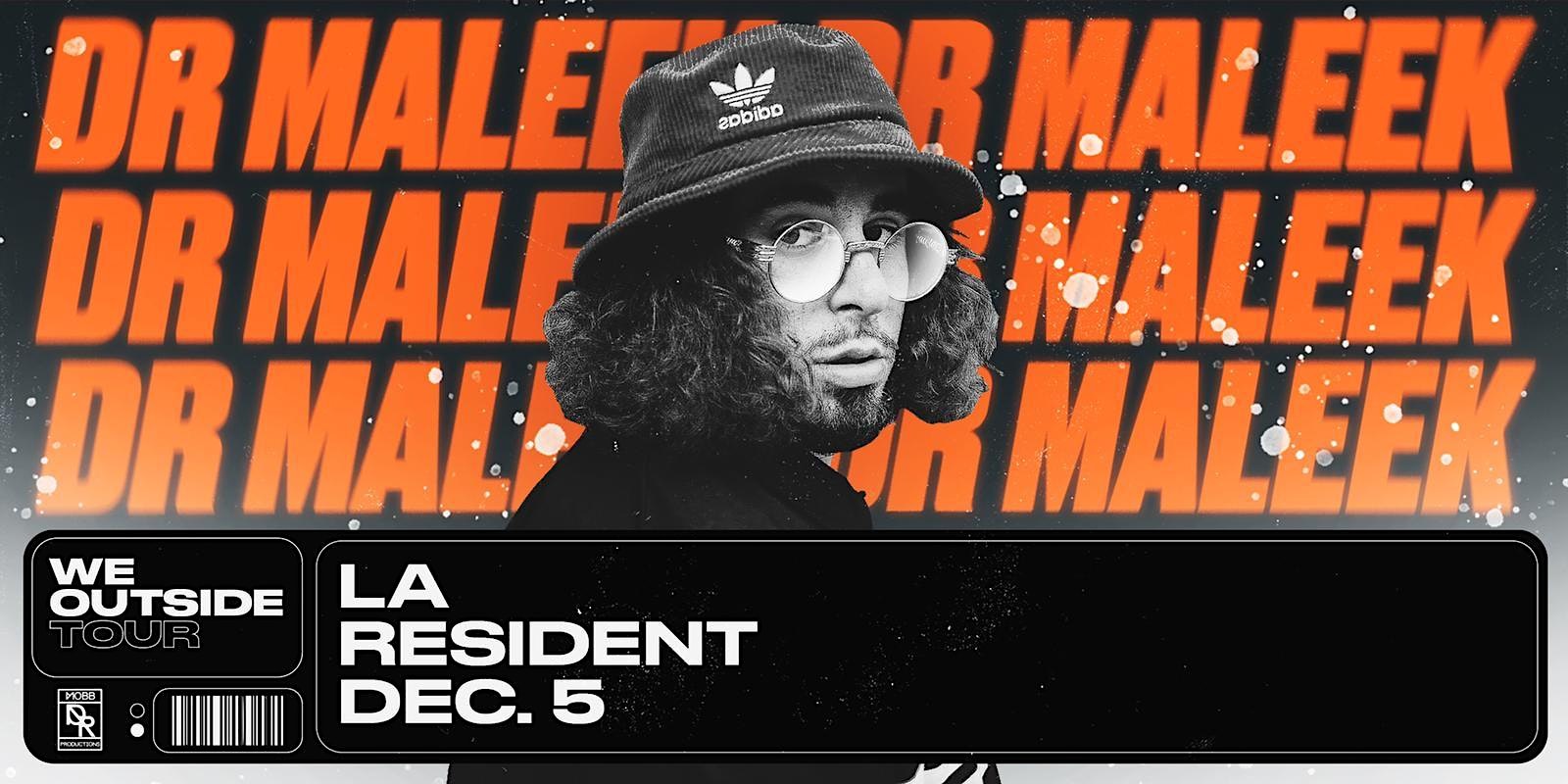 Dr Maleek: We Outside Tour

Sync to Outlook
Sync event to Google Calendar
Dr Maleek: We Outside Tour

Dr Maleek began his solo music career in Los Angeles in 2016, rapping, singing, writing, and producing. From self-editing his videos and artwork to mixing and mastering his sound, he’s been on an unstoppable run, gaining notoriety for his productions and collaborations with Tory Lanez, The Game, Eric Bellinger, Mustard, Melii, Chris Brown, and 24hrs .

This year saw the release of his highly anticipated debut EP, Complications II , an expansive and emotive collection of music inspired by past relationships. Paired with a four-part cinematic series of videos to bring the project’s overarching narrative to life, its quintessential vibe received acclaim from fans, press, and tastemakers. Following this up with his first summer EP release of 2021, the two-track project featuring Melii, Tory Lanez, and bluebucksclan, Dr Maleek is solidifying his position as the next must-watch musician out of LA. Receiving praise from Revolt, Vibe, Hotnewhiphop, Earmilk, Complex, and more. Catch Dr Maleek on his "We Outside Tour“ this December.