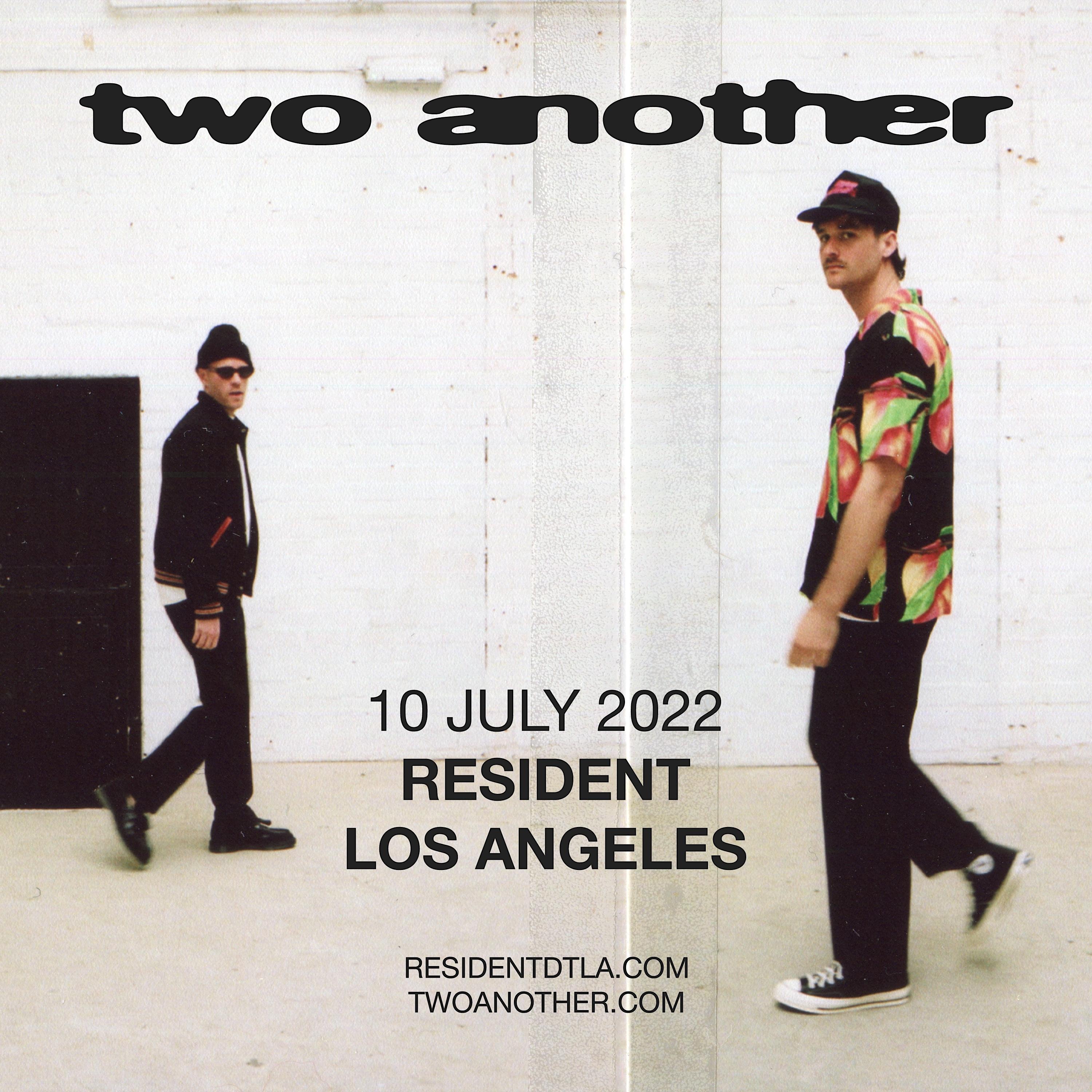 Two Another with Malaya @ Resident

The origins of Two Another’s global story lie under the Australian sun. Angus, born in the UK, and Eliot, in the US, connected through the music program run by Bag Raiders at their school in Sydney. They quickly bonded over a mutual love for Ableton, Marvin Gaye and French Touch.

After school the best friends first found themselves in different cities in Australia, then Europe, balancing writing trips and remote collaboration for a number of years before finally coming together in London to form Two Another in 2015. They now split their time between Amsterdam and Stockholm.

This spirit of collaboration not bound by borders is at the core of Two Another. Whilst Angus focuses on the idiosyncratic production and Eliot his emotive vocal and lyrics, many of their tracks feature performances by musicians from different sides of the globe, each adding their individual flavour to create an effortless fusion of soul, alternative R&B and contemporary electronic music.

Two Another’s music is an amalgamation of all their musical memories; inspired by their parent’s love for Motown, growing up during the golden era of indie and later discovering their own love for 90s electronica, dance and hip hop. It is music to make you feel – even on the dancefloor.

MALAYA is a singer, songwriter, producer, and multi- instrumentalist. Her music blends genres of electronic and soul, creating an organic fusion of Indie R&B. At 16, she began her professional career in the spotlight finishing eighth on season 13 of American Idol. She has since gone on to perform around the world and create music with artists like Snoop Dogg, Terrace Martin, Theo Crocker and Ricky Reed.

Much more than a musician, MALAYA uses her platform and captivating sound to encourage creativity and self- acceptance within her fans. She aims to put art back into music and authenticity back into humanity, one song at a time.Instagram