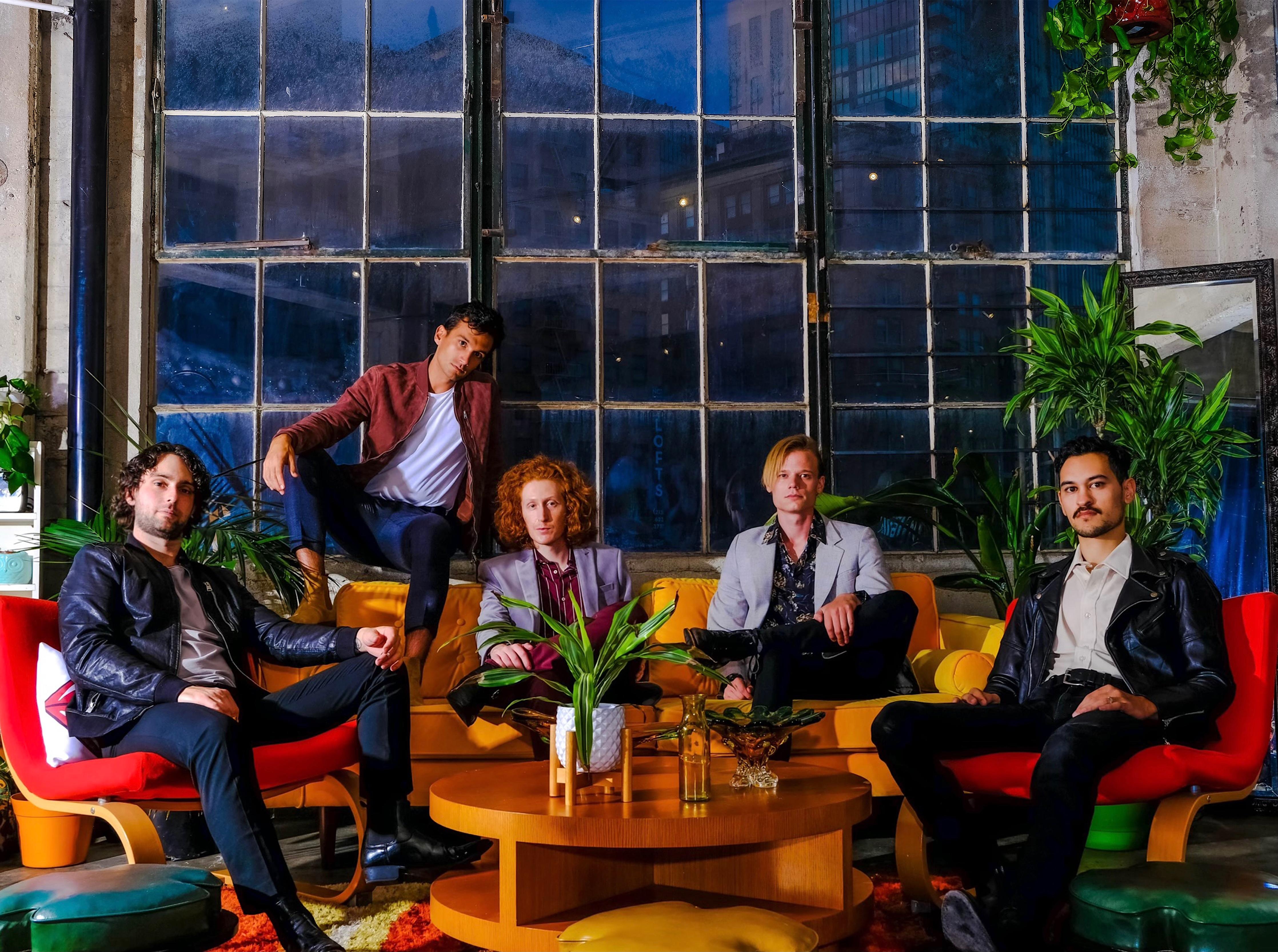 Formed in San Diego, CA, indie-alternative quintet Creature Canyon have been releasing music together since 2016. Their self-released debut EP ‘Life I Know’ led the band to share the stage with artists such as Empire of the Sun, Phoenix, MISSIO, and several others. BuzzbandsLA called Creature Canyon’s debut EP “musical adrenaline” and went on to describe their sound as punchy indie-blues. In 2018 the band self-released a seven song EP titled ‘Did You Want That’, which opened doors to many opportunities and accolades, to include a nod from Billboard who referred to their first major festival performance as one of the best moments of the festival. The band is now gearing up for the release of their debut album titled ‘Remarks’, produced by Private Island frontman Christian Lum, engineered by Mike Schuppan (Foster The People, Young The Giant, Wolf Alice), mixed by Jordon Silva (Vance Joy, The Avett Brothers), and mastered by Brian Lucey (Cage The Elephant, Arctic Monkeys, The Black Keys).

HATE DRUGS is an indie pop band from Bakersfield, CA founded in the summer of 2014 by David Caploe with the release of his self-produced EP, Rough Daze. The remaining members - Josiah Caploe, Norman Lee, Adrian Diaz, and John Irwin IV - joined the band shortly after and released two more EPs and LPs together: Anna Grahm (2015), Beach Weekend (2016), Tsunami Soul II (2017), and Tsunami Soul I (2019). Collectively, the band’s catalog has garnered millions of streams across all platforms to date. The band has since toured across the United States, playing shows with other emerging indie bands, including Ritt Momney, Dayglow, Briston Maroney, The Backseat Lovers, HARBOUR and Vista Kicks.

In Early 2020 the band took a trip to the high Sierra’s to record what would become their “Ponderosa” EP. Shortly after returning from their mountain getaway, the Covid pandemic put halt to their 2020 touring plans, but the EP was still released later that year. After a year and a half hiatus HATE DRUGS re-emerged in 2021 with the remaster of their beloved 2016 EP, Beach Weekend, including a brand new bonus track, “Without You”. The band now plans to resume playing shows and releasing new music.

**In accordance with the LA County Health Officer Order, patrons will be required to show proof of having received at least their first dose of the COVID-19 vaccine. Acceptable documents include paper vaccination cards, detailed photos of vaccination cards, and digital vaccine records such as issued by the CDPH.**