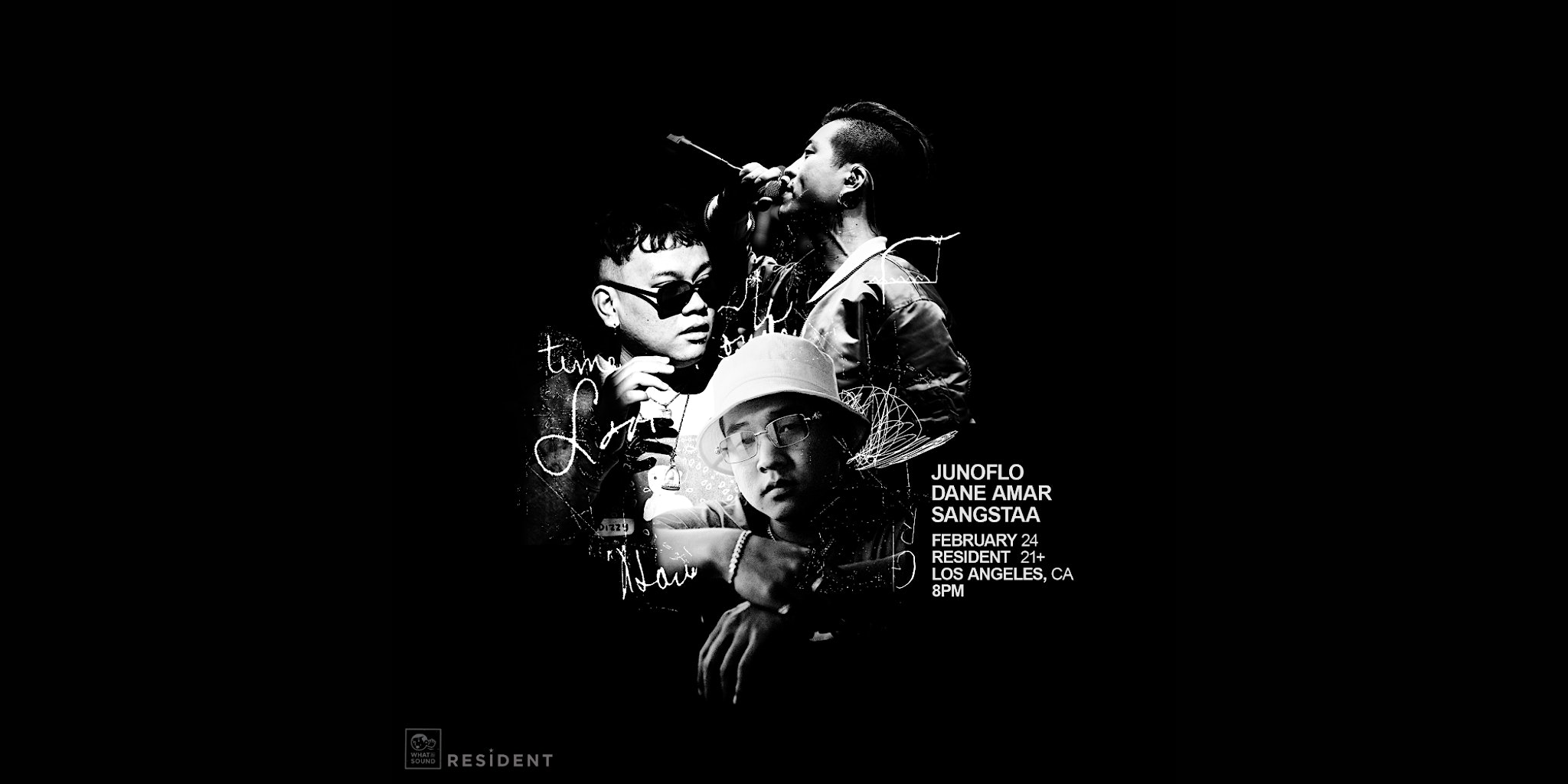 Junoflo, an LA raised Korean-American artist, rose to prominence as a rapper, songwriter & producer, establishing a global audience shortly after his debut in South Korea in 2016. Through his ability to blend an aggressive rap style with bright melodies, Junoflo has been molded by the golden era of jazz hip hop as well as the new melodic styles of today's west coast rap. As Juno’s listeners grew, his music allowed him to travel and perform around the world. Looking to expand his artistry and voice, Juno moved back to Los Angeles as an independent artist. He became the first Korean artist ever to perform at a NBA Halftime Show, and continues to cultivate and grow after releasing first independent album "222:AM".

Dane Amar is an international pop star in the making. In 2019, the LA-based artist burst into the scene when he released “Green Tea and Honey,” amassing over 60 million streams and becoming an instant earworm worldwide. With co-signs from international superstars such as Matthaios, JunoFlo, G Perico, and MEYOU, Dane has cemented his worldwide appeal in the states as well as Asia — and this is only scratching the surface of what Dane’s music can reach.

Sangyeok Lee, otherwise known as Sangstaa, is an American rapper and producer, known for his signature R&B/rap hybrid sound that delves deep into the artist’s psyche.

Now living in Los Angeles in order to focus on recording music full-time, Sangstaa’s Raleigh roots run deep in his music. His breakout single, “Dramatic,” not only features his long-time friend and fellow Raleigh artist, the late Cloudy Nueve who passed away in 2019, but has also recently made Spotify’s Fresh Finds and Fresh Finds: Hip Hop (Best of 2021). Determined to keep his friend's legacy alive, Sangstaa continues to use the distinct recording techniques they innovated, aiming to attract a larger audience to spread the love and knowledge of Raleigh’s arts and music scene. “We’re able to turn this pain into something beautiful,” Sangstaa said. “I know I’m going to make it. This is what I was meant to do.”