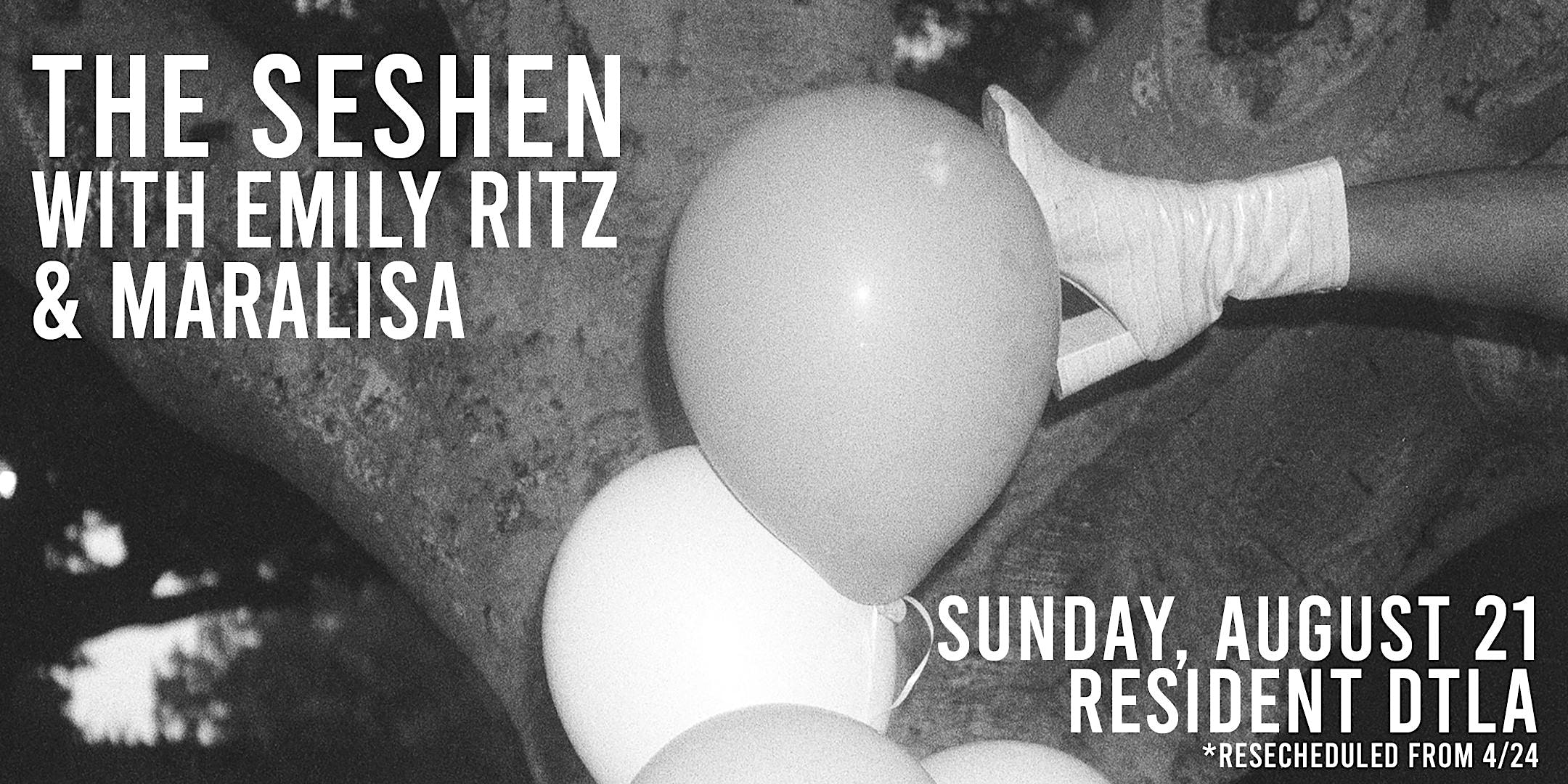 The Seshen with Emily Ritz & Maralisa

The Seshen is a San Francisco Bay Area six-piece band whose songs exist between the lines: in the space between waking and dreaming, ego and collective consciousness, and that blurred horizon where earth meets sea meets sky.

“A lot of artists tout, in their minds at least, that they’re the epitome of cool. But few exemplify that through their music like The Seshen.” – MASS APPEAL

“The Seshen continue to impress with every release.” – OKAYPLAYER

“Beautiful, soulful, and just a little otherworldly…Lalin St. Juste’s voice is the perfect counterpoint, pouring through the spaces between keys and loops like honey” – POPMATTERS

Musician and multidisciplinary visual artist, Emily Ritz lives a life immersed in creativity. Emily makes tender, exploratory work which draws as much on the harmonious swells and hollows of the natural world, as on personal experience and internal work around self-acceptance and love.

Emily began her musical career in California, forming bands Yesway and Honeycomb. After releasing albums under various projects and touring internationally, Ritz moved back home to upstate NY in 2015 and started her solo project. Her sophomore album In Love Alone came out on January 1st 2021. The record explores the fundamental duality of existence, playing loneliness against catharsis, longing against healing, and solitude against love itself. Arranged and produced in Northern CA by Here We Go Magic’s Luke Temple, this is a record of roomy and expansive neo-soul with a psychedelic pop twist. While classic elements of jazz and R&B can be heard, Ritz's sound is enticingly off-kilter due to her subtly unusual melodic choices and inventive use of electronic manipulation. She uses her voice to weave complex harmonies and avant-garde patterns while delivering poignant and romantic lyrics. Emily recently moved back to California and is currently recording her third album.

With vocals rooted in an upbringing of heavy jazz, blues and soul artists such as Taj Mahal, Billie Holiday, Bonnie Raitt and Amy Winehouse, Maralisa has a distinct timbre and a trained ear that she weaves seamlessly through genre, creating a world of her own. Revive Music writes, "Maralisa has a confident, developed style that makes her immediately recognizable." Bay Area raised and now Los Angeles based after nine years in NYC, Maralisa is building upon her writing, recording and performance experience both with her band Space Captain (Tru Thoughts Records) and as a featured vocalist as she works toward her first solo LP. 'Sugarbird EP,’ her first solo project released in 2015, plays with genre and vocal arrangement, featuring many close collaborators from New York. Maralisa has performed alongside BADBADNOTGOOD, Ghostface Killah, Nick Hakim, Khruangbin, The Hot 8 Brass Band, Natalia Lfourcade, Kendra Morris and more at notable New York venues including Rough Trade and the Bryant Park Emerging Music Festival. Most recently, she has released two double singles with Space Captain, ‘Secret Garden / Back of My Mind’ and ‘Birthday Cards / Chester Springs’ and is featured on UK soul artist Ego Ella May’s new record ‘Honey For Wounds’ and labelmate Hemai’s “Brother’s Shuffle.” Maralisa is currently working on Space Captain’s sophomore album as well as her own release, a hypnotic melding of psych-pop, folk and 60s soul.