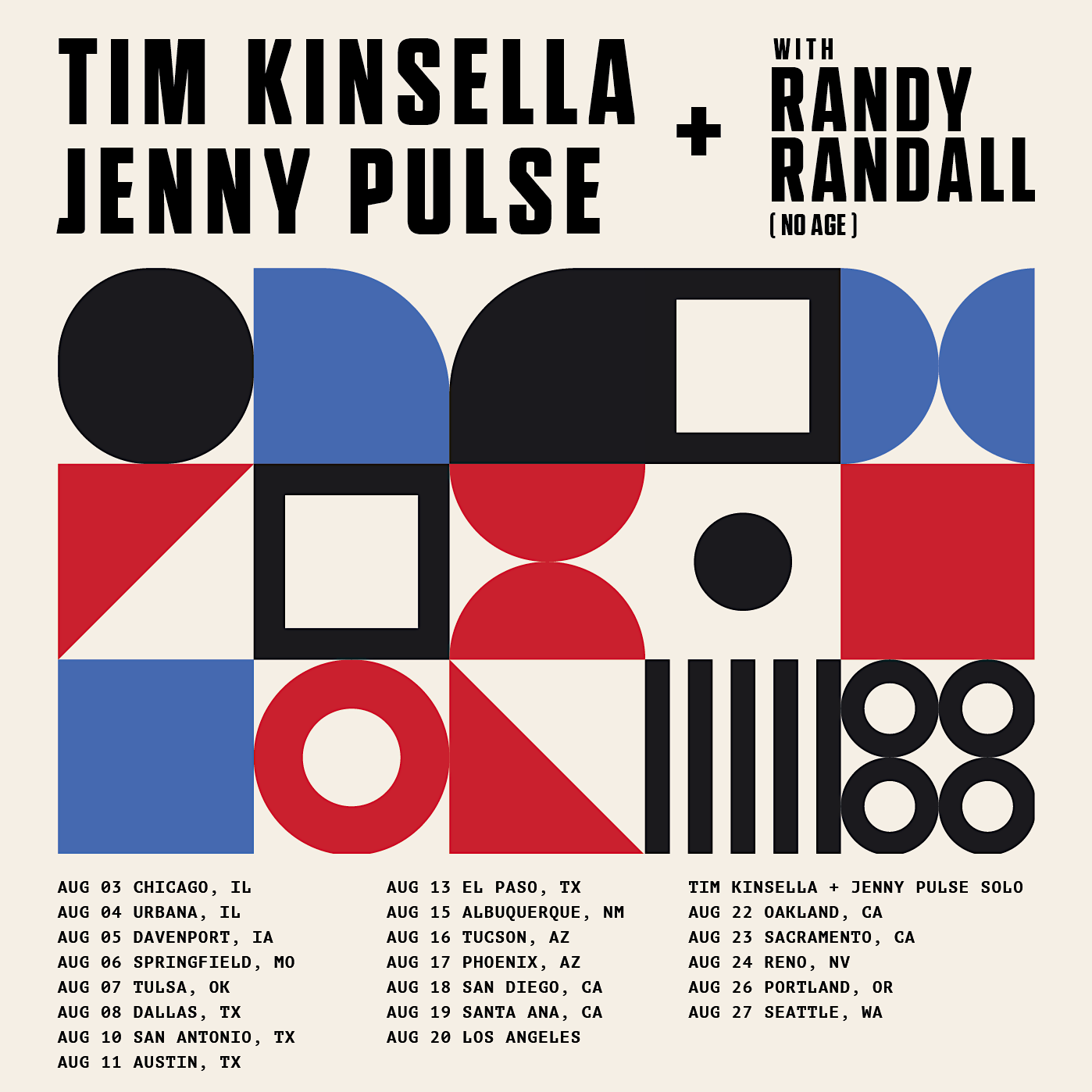 Tim Kinsella released albums & toured at a steady clip for 25 years, his most well-known bands being Joan of Arc, Cap’n Jazz & Owls. Jenny Pulse is an electronic musician and producer who has released dance-oriented pop songs under her own name & experimental soundscapes as Spa Moans.

Collaborating since 2018, the married duo released two albums & toured as Good Fuck, making a practice of writing & recording in remote locations far from their Chicago home, including The Berkshires, the New Mexico desert, & a medieval city-center near Italy’s southern coast. Through the first year of the pandemic they worked fast & loose, releasing monthly Bandcamp-only EPs. They then switched gears, spending 18 months concentrating solely on their debut album under their own names, Giddy Skelter, to be released in late 2022.

They continuously tweak both their recording strategies & live setup, always with the focused aim of inventively collaging the many musical histories that brought them together. The classic psychedelia of The United States of America (the band), the hypnotic riffs of Lungfish, the roughly collapsed fidelities of This Kind of Punishment, & the hardware-trance of Muslimgauze are all balanced thru a bias for minimal wave & cubist blues sensibilities. Their daily practice is studious & intentional so that its expression can be intuitive. Their ultimate intent is to shift perceptions—both the audience & their own—to reveal, to expand, & to deepen.

Randy Randall is a Grammy-nominated Sub Pop recording artist and multi-instrumentalist in the two-person experimental punk group No Age.

In addition to sharing the stage with acts such as Foo Fighters, Pixies, Sonic Youth and Pavement, Randall has collaborated with renowned art luminaries and institutions including MOCA, MOMA, ICA in London, Rodarte, Doug Aitken, Hedi Slimane and more. These artist collaborations include scoring and composing for film and television. Randall has also contributed songs and scoring for Nickelodeon, Levi's and HBO’s Emmy Award-winning series Girls. For over 10 years, Randall’s groundbreaking role in the LA music scene has been featured by Rolling Stone, The New Yorker, New York Times, LA Times, Pitchfork, Spin, GQ, Dazed & Confused, Vice's Noisy, Nowness, among other top publications