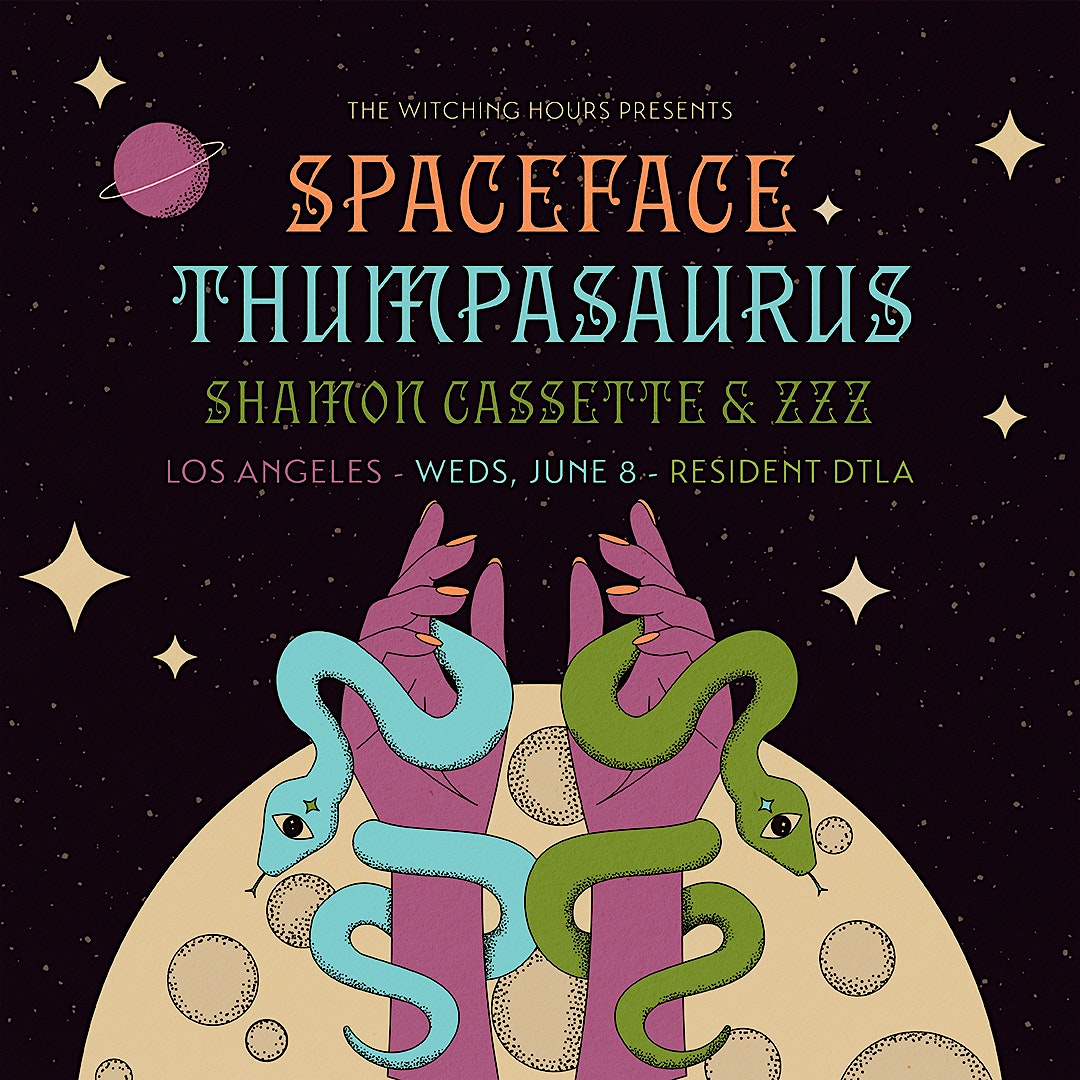 Spaceface is a self described “Retro Futurist Dream Rock” (but you can call them psychedelic-pop) band from Memphis, TN and Los Angeles, CA, active since 2012 and including members of The Flaming Lips and Pierced. Always eavesdropping on the Universe whispering its chaotic will, the groovy bunch harnesses the transcendent pulse of the spacetime continuum into catchy songs that whirl and twirl, bend and stretch, attract and propel. Their unique alloy of dream-pop, funk rock and post-disco, charged by the Sun, ultimately shines way past our collective bedtime, akin to a glow-in-the-dark Slime Science Lab kit. The psych outfit are now announcing Anemoia, a second full-length album that should please fans of Beck, Tame Impala and MGMT. The forthcoming long play is scheduled for release on January 28th, 2022 via Montreal-based Mothland.

Over the course of eight years, the collective has toured all over the United States, as well as Canada, with stops at international festivals such as SXSW, Desert Daze, Canadian Music Week, Treefort Music Fest, Hangout Music Festival, God Save The Queen City and Distorsion Psych Fest. Always equipped with a state of the art, self made light-show & crowd participating antics sometimes accompanied by weirdish stage props and/or gadgets, the ever-evolving American act provides their dedicated following with thrill-inducing D.I.Y. performances that only get crazier as they perfect their experimental craft.

The project's founding members include Jake Ingalls (formaerly of The Flaming Lips), Matt Strong, Eric Martin, and Daniel Quinlan, but the lead research team recently enrolled Los Angeles-based musical mind, Katie Pierce from Pierced, with whom sonic experiments continue. Ultimately, Spaceface’s goal is to acknowledge the blurred pain that lurks in the corners of one’s vision on a day-to-day basis while providing a brief escape for anyone who needs or desires it. In light of years of thorough research (or a dream to that effect) that have confirmed music, as an artform, to be a potent medicine for both your mind and your feet, the psych rockers abide.

In the beginning there was thump… The primordial groove of the Universe. Thump thumped its way through all things. In the beginning groove was harmony, and harmony was groove, and it was good.

Long before the age of humans, the Thumpasaurus roamed the Earth, serving the cosmos as the teachers of the Thump. The thump traversed all beings, and the Thumpasarus helped distribute its secret wisdom to all sentient and non sentient creatures. It was good. As time passed and the Earth fluctuated between periods of great peace and great unrest, the Thumpasaurus became a threat to growing forces of evil- who fueled by a primary motivation in consumerism sought to eliminate the Thumpasaurus. To save the species and protect the goodness of the Universe, The Thumpasaurus fled the earth to the outer reaches of space time - though the Thumpasaurus swore to return to the Earth as harbingers of the age of reawakening. In their last gift to the consciousness of the cosmic manifestation of the Earth and its beings, the Thumpasaurus wrote down the secrets of the Thump in a manuscript of real troof and buried it in a sacredly SECRET location (the appalachian mountains) in hopes that the Thump would survive and benefit future generations with happiness, love and thump. As buildings turned to sand, and memories to dust, so too did the ancient memory of the Thumpasaurus and with them disappeared the philosophy of Thump.

Shamon Cassette is captain of The Zamboni Zound Zyztem. A hockey rap performance art audio.visual band on a mindful mission. What all started as a sweet jazzy classical nod to 90s hiphop end up in a blender and spat out as a psychedelic, trip-hop, got mammoth packed with enough raps to skate away. In the universe they call The Nebula hockey Legion, Action Sports is front and center ice. Full speed arena rock with a legion of clowns and roller skate villains. Gra ahold of your sights and sounds, Shamon Cassette and The Z.Z.Z. performances are like acid without doing acid.