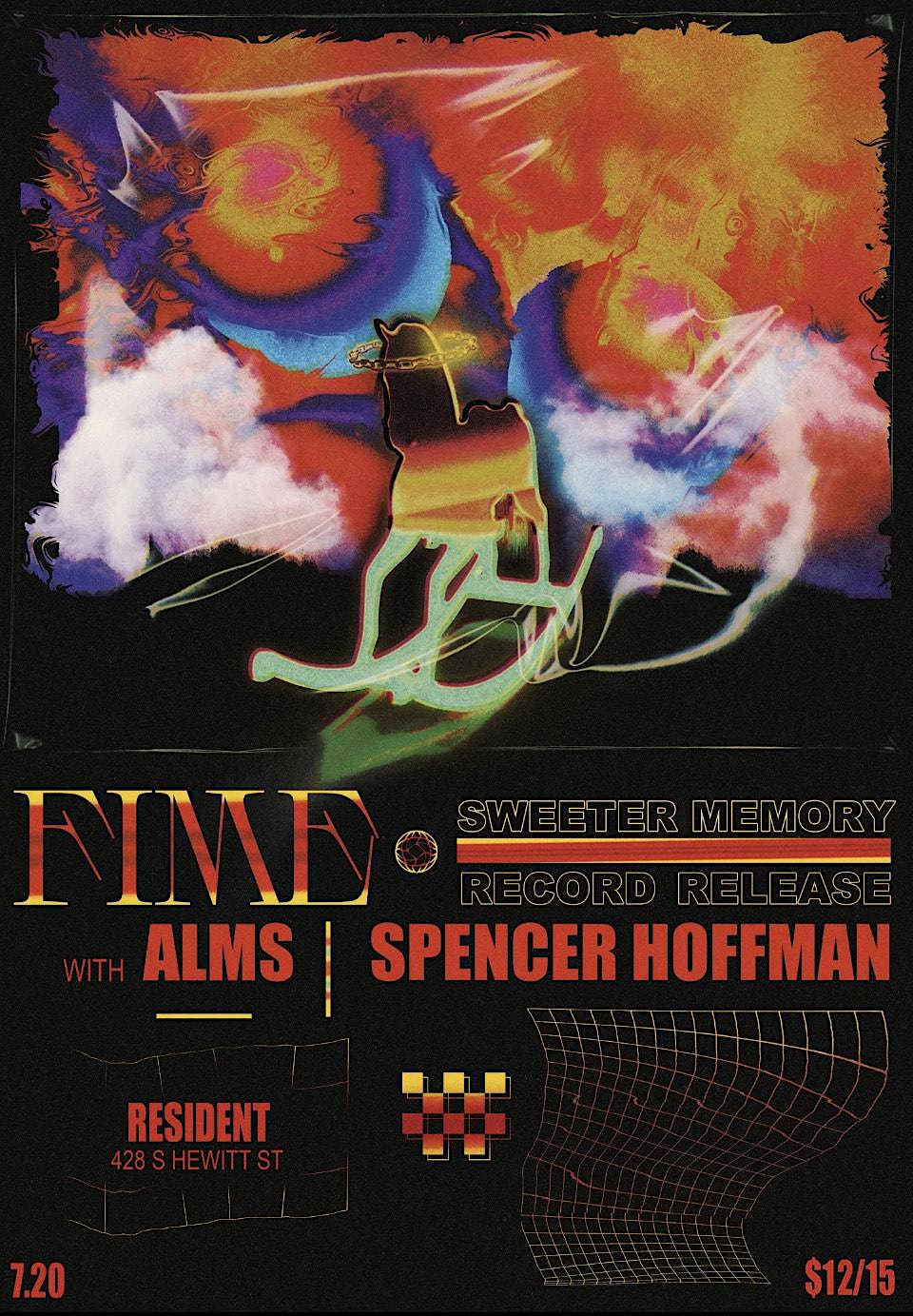 Like all of us, they expected a very different year out of 2020, and after some collective mourning for the gigs they'd lost, Brakmo suggested they write their own album instead. Informed by half-remembered and fictional stories of the past warped by the failures of human recollection, Sweeter Memory is as ambitious sonically just as much as it thematically, thanks to production from Jay Som’s Melina Duterte.

Over the course of the record, Fime makes such a definitive and direct mark, it’s hard to believe they could ever be anyone’s backing band again. Sweeter Memory is the stuff of headliners-in-the-making, with flashes of arena-ready guitar rock, post-hardcore gang vocals, indie rock, and country twang all appearing in equal measure.

Los Angeles-based songwriter Spencer Hoffman has been gigging for a decade, since he, his brother and their high school friends formed the band Honyock when he was age 16. They would go on to open for such acts as La Luz, The Dodos, Anna Burch, Surfer Blood and collaborate with members of Father John Misty and producer Riley Geare (Unknown Mortal Orchestra, Caroline Rose).

Hoffman's debut single "Like a Bird" marks his first effort under his own name. The song was written as he was moving up and down the Pacific Coast before settling in Los Angeles. It draws inspiration from the American folk tradition, country songwriters such as Roger Miller and Guy Clark and 19th century romantic poetry. "There is a poem by Percey Bysshe Shelley called 'To a Skylark' I was inspired by," Hoffman explains. "In the poem he pines to be able to sing with such natural joy as a Skylark, which flies so high it is heard but not seen. I was listening to a lot of Joni Mitchell and my friend Joules (Sea of Bees) and thinking that they get close to singing in that effortlessly untethered way. Singing is a joyful act but also one of mourning and sometimes desperation. I wonder if it is the same for birds."