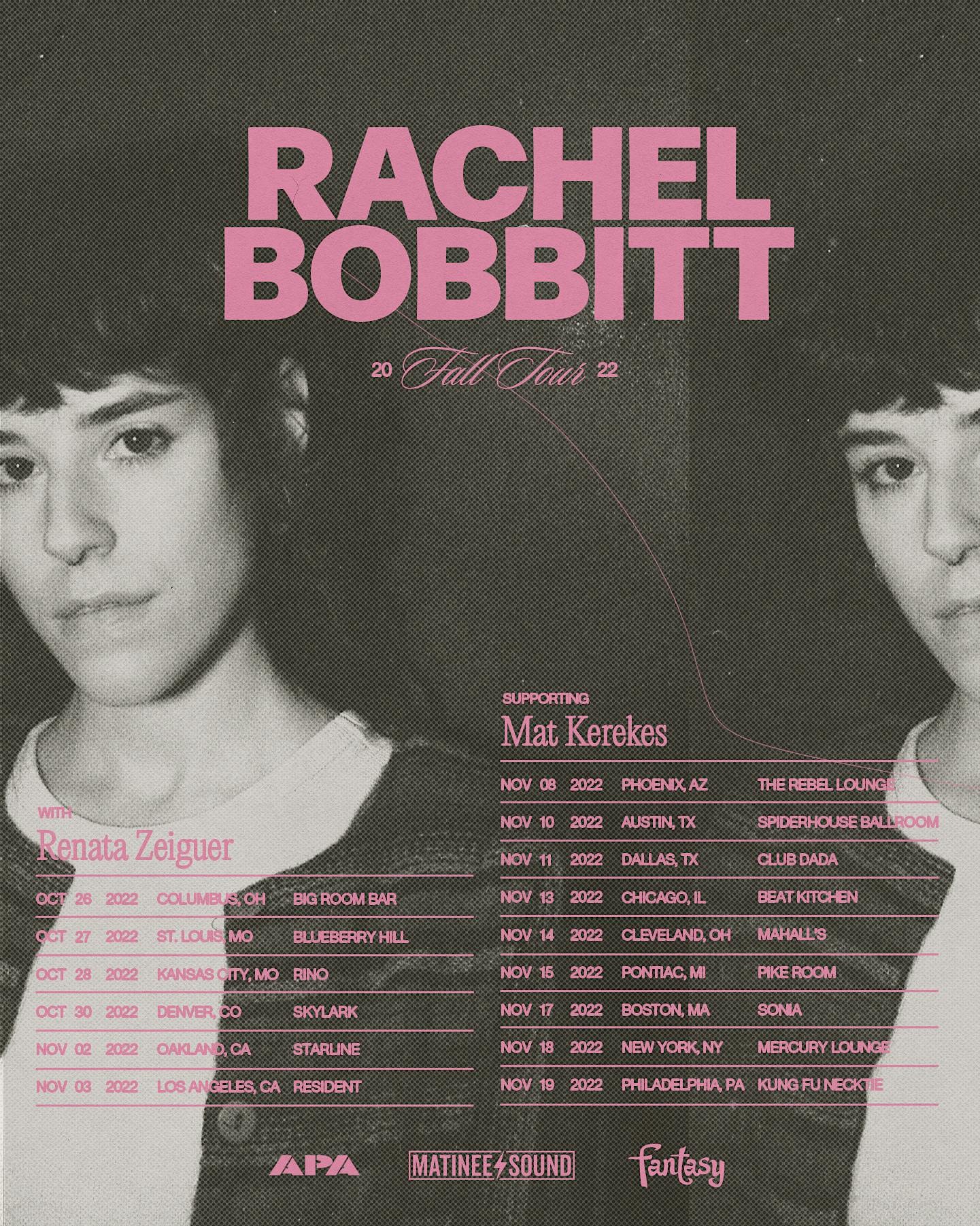 Originally from Nova Scotia, Canada's Rachel Bobbitt is a rising singer-songwriter currently residing in Toronto. The professionally trained musician attended Humber Music College and is part of a tightknit community of musicians in Toronto with whom she consistently collaborates including guitarist and producer, Justice Der. Their cover of Frank Ocean’s “Forrest Gump” has nearly 2 million streams on Spotify. At the age of 16, Rachel embraced the then popular social media platform, Vine and began amassing an audience sharing performance videos covering artists such as Leonard Cohen, Frank Ocean, and Bon Iver. Drawing inspiration from artists such as Mazzy Star, Elliot Smith, and My Blood Valentine, her confidence grew, and she began writing original songs and developing her own unique sound. In November 2020, Rachel self-released her debut EP, And It’s the Same. Organic editorial playlisting across Spotify (NMF Canada, Outliers, Indie All Stars, Fresh Finds) helped spread the word further. She was also named one of RADAR US’s Artist to Watch for 2021.

Renata Zeiguer grew up in the Riverdale section of the Bronx in New York, where she began playing piano and violin when she was six years old. The daughter of Argentinean and Philippine immigrants, she would listen to her grandmother play ragtime and tango music during family visits to Buenos Aires, and was as inspired by classical music and American jazz standards as she was by Brazilian tropicália and the Beatles.

Although Zeiguer wrote the twelve songs on Picnic in the Dark, before deciding to move away from the city, the realizations that led to her search for a new environment resonate throughout. The record picks up the thread that informed her debut release Old Ghost, revolving around themes of home, isolation, and trauma, but approaches it from a place of greater maturity and optimism. She juxtaposes playful, surrealist imagery with moments of stark vulnerability, reckoning with dysfunctional familial patterns while finding imaginative ways of working through them. Made in collaboration with co-producer Sam Owens (of Sam Evian), Picnic in the Dark builds a sonic world that weaves together vintage drum machines, bossa nova rhythms, and cinematic arrangements, evoking an intimate, unburdened space that becomes a source of inner strength.

In Picnic in the Dark, Zeiguer has lovingly crafted a volume of fairy tales, torchlight glowing through its golden leaves. The image conjured by that very title reveals its essence and purpose: to allow the artist, like a child lost in the pages of a story, to safely venture into the shadowy, painful corners of her psyche with a lightness of spirit and fantastical whimsy.