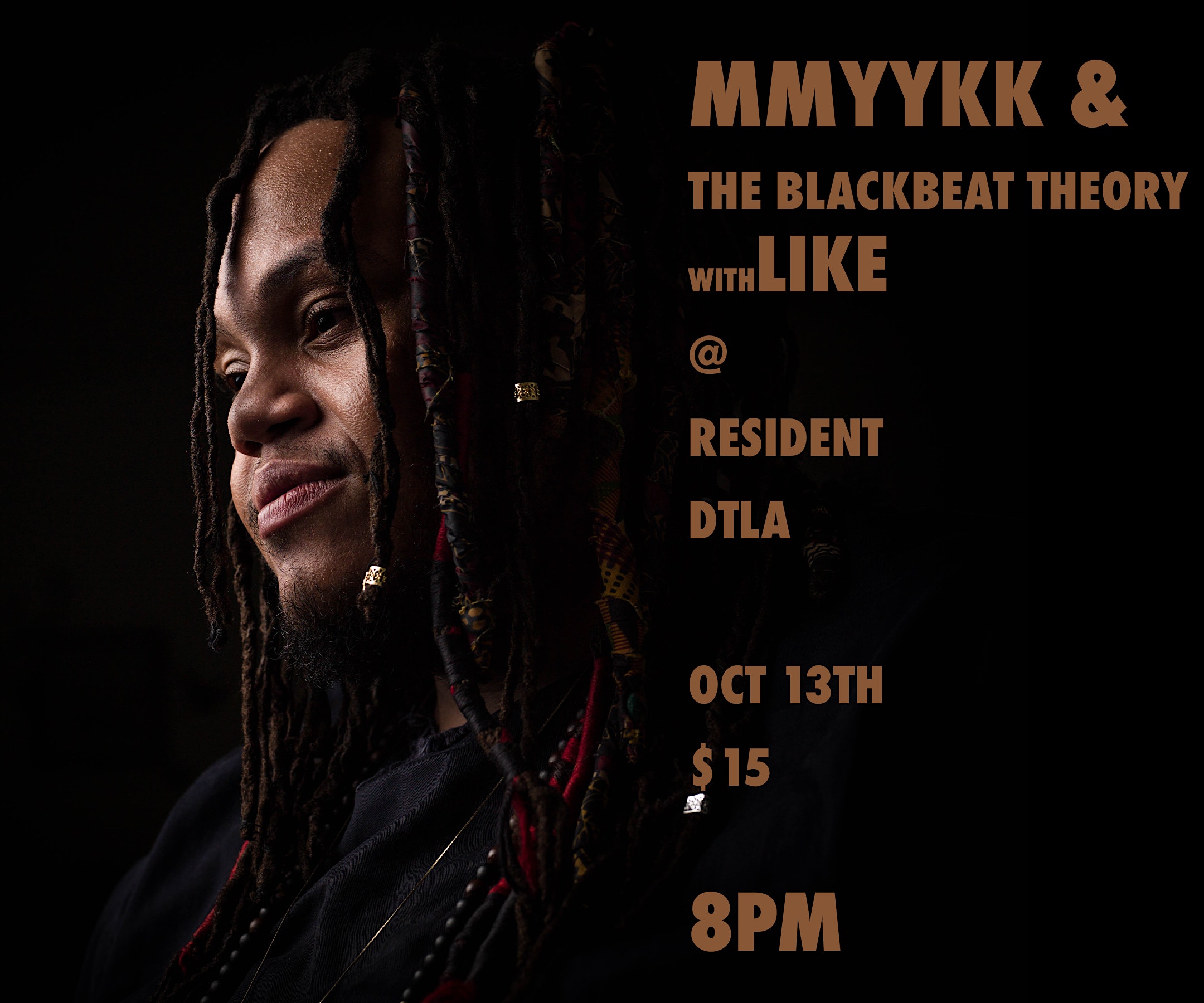 San Francisco Supply Presents MMYYKK & The Blackbeat Theory with LIKE

MMYYKK (pronounced "Mike") is a multi-instrumentalist, vocalist, songwriter and music producer from the Inland Empire CA, and currently residing in Minneapolis, MN. MMYYKK's eclectic and forward-thinking sound situates itself at the intersections of Soul, Jazz, Electro and R&B blending analog synthesis and neck-breaking rhythms amalgamated with sonic alchemy. His musical explorations center themselves in themes of love, humanity, healing, and higher consciousness. He is also 1/4th of the psychedelic funk collective astralblak and 1/4th of the space jazz collective The BlackBeat Theory. MMYYKK's most recent project, Science EP, was released on September 10, 2021.

For most artists, being a critically-acclaimed left coast lyricist would be more than enough for them. But don’t let the name fool you, Gabriel Stevenson is nothing like other artists. Known to most as 1/3 of the beloved Cali rhyme trio Pac Div, Like has officially stepped into the forefront and has been quickly establishing himself as a multi-faceted solo artist, producer and DJ.

Never one to be relegated to just one creative medium, the mic isn’t the only vehicle of expression for this renaissance man. Eager to put his sonic stamp on the game, Like secretly honed his skills behind the boards for years before making his presence as a producer known to the world. With an eclectic sound inspired by everything from J Dilla and DJ Premier to Chicago juke and Radiohead, he would soon begin cooking up sound creations for up and coming emcees. One of those tracks, “Dying of Thirst” would land on Kendrick Lamar’s breakout 2012 LP good kid, m.A.A.d city. The track earned him a much coveted Grammy nomination as well as solidified Like as a new force on the production side. Continuing to build on his synergy with the TDE camp, he also co-produced “Just Have Fun” with the Blended Babies from Ab-Soul’s 2013 album These Days.

With an ear for all things music and an already proven ability to rock any crowd, Like has also been building his rep behind the decks as an in-demand DJ, performing genre-bending sets for audiences across the country. Adding his own signature production into his live mixes, the consummate performer and perfectionist has created yet another lane to connect with fans and music lovers everywhere.

And though he’s been busy expanding both his skill set as well as his brand, he’s still found time to craft a special batch of quality beats and rhymes for his debut solo album, The Yams, due out this year. Taking cues from the days of the boom bap, Like says that his first full-length will be filled with a variety of soulful cuts, jazz loops and the prerequisite dope lyrics. But with this record, he’s also re-introducing the love song back to hip-hop, something desperately needed in an era where hyper-masculinity and misogyny dominates the airwaves.

Ready to show his full potential and further imprint his name on the culture, Like is reminding fans across the world of why they fell in love with hip-hop.