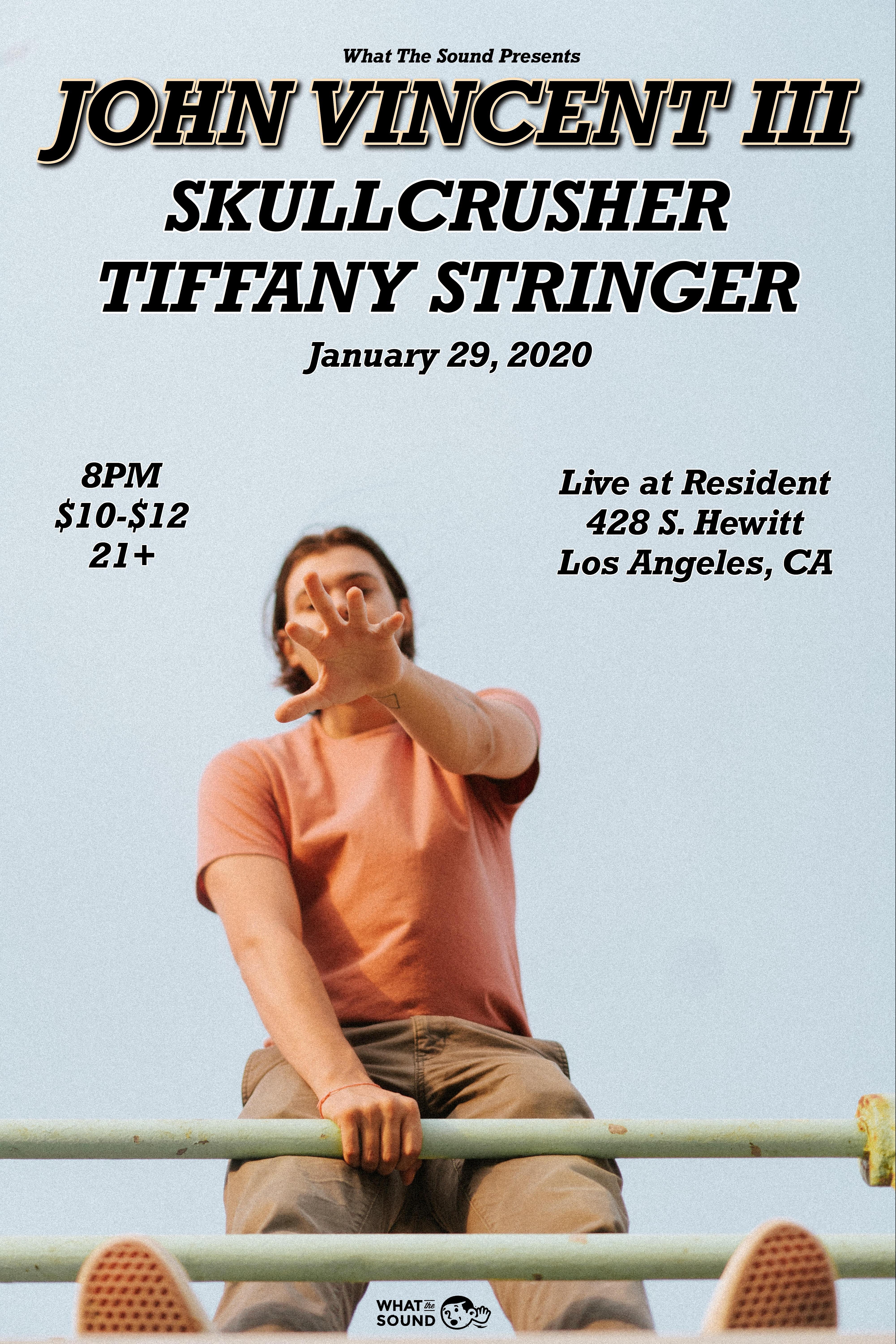 John Vincent III, a 23-year-old alternative artist, intensified his love of music in Houston, TX in 2014. Gaining inspiration from unique lyricists such as Bon Iver, The Districts, and The Doors, John Vincent III began the process of his own song creation. Somewhere along the line of continuous production, a fire was lit under this newly aspiring artist. After visiting Los Angeles in the Spring of 2016, five months later his sights were set on serious music achievement. After completely leaving his life back home in Houston, John prepared for the intense industry in front of him.

Tiffany Stringer is a pop-rock artist & songwriter based in Los Angeles. Her hair color changes with the seasons and the stage is a canvas where she paints a new version of herself over and over again. Tiffany released her debut single “Pieces” in August of 2018 followed up by “Falling” and the self-love anthem “Blonde.” Her influences include No Doubt, Katy Perry, Fleetwood Mac & Lorde. In November of 2019, Tiffany was featured as one of the Top 10 artists in iHeart Radio’s Music House Event. You might also recognize her from Season 14 of American Idol where she placed in the Top 50. Tiffany has a new single coming out this spring and an EP to follow!