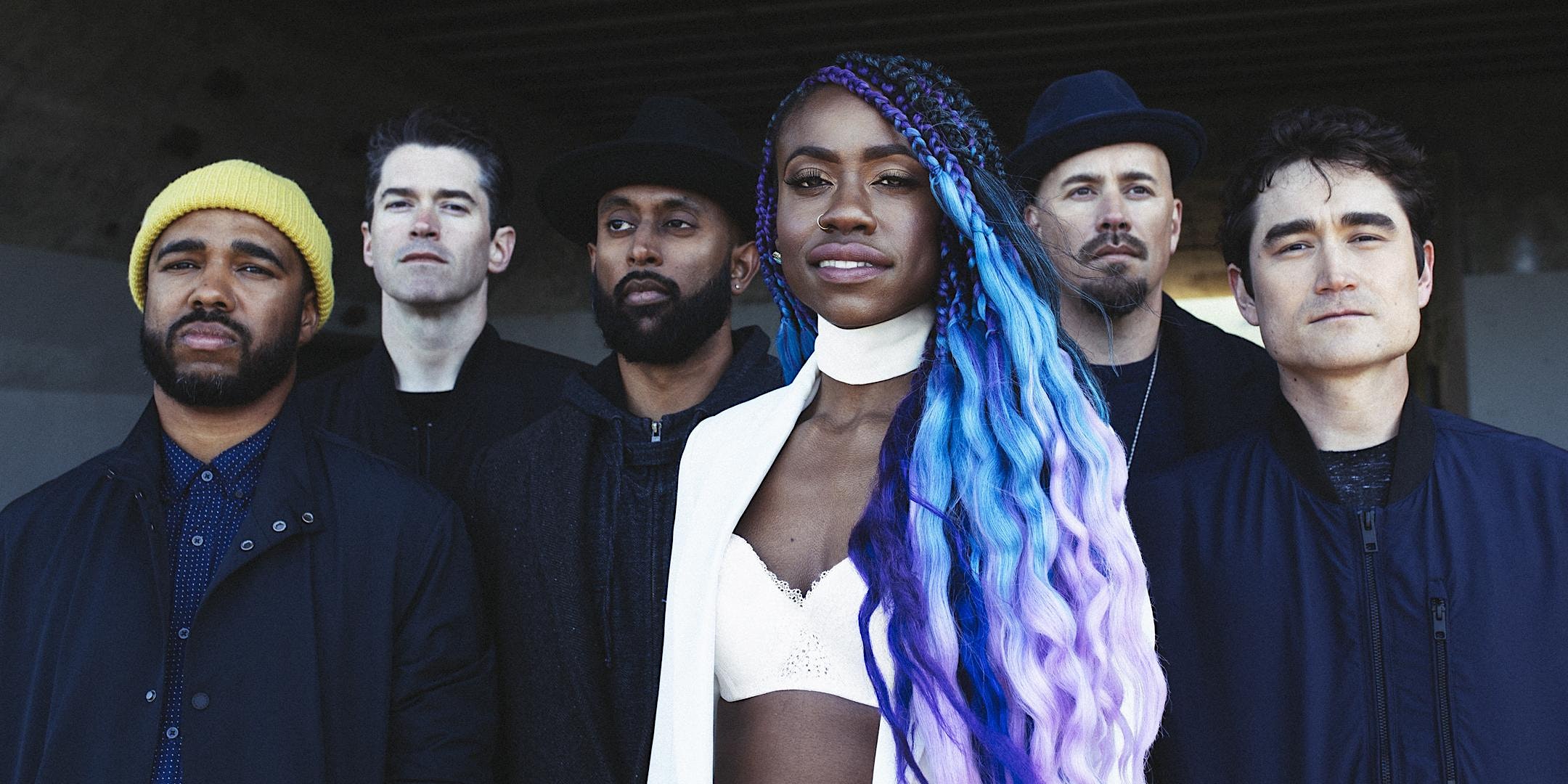 The Seshen is a San Francisco Bay Area six-piece band whose songs exist between the lines: in the space between waking and dreaming, ego and collective consciousness, at that blurred horizon where earth meets sea meets sky.

Since 2012, the Seshen’s live show has earned them critical acclaim and a dedicated fanbase on multiple continents, as they’ve shared stages with the likes of Hiatus Kaiyote, PetiteNoir, tUnE-yArDs, and Thundercat.

CYAN (out now on Tru Thoughts) is the band’s most vulnerable, compelling work to date. Over a spacious, at times tumultuous sonic landscape that leans on live instrumentation, St. Juste sings of a reckoning: a hero’s journey through confusion and self-doubt, depression, and ultimately forging a way out toward the light.

CYAN is a story about saving yourself. There’s death, rebirth, and a chance to look square in the mirror for the first time in a long while. To dive deep in search of a new life—one stripped of pretense or protective armor, for better or for worse.

“A lot of artists tout, in their minds at least, that they’re the epitome of cool. But few exemplify that through their music like The Seshen.” – MASS APPEAL

“The Seshen continue to impress with every release.” – OKAYPLAYER

pouring through the spaces between keys and loops like honey” – POPMATTERS