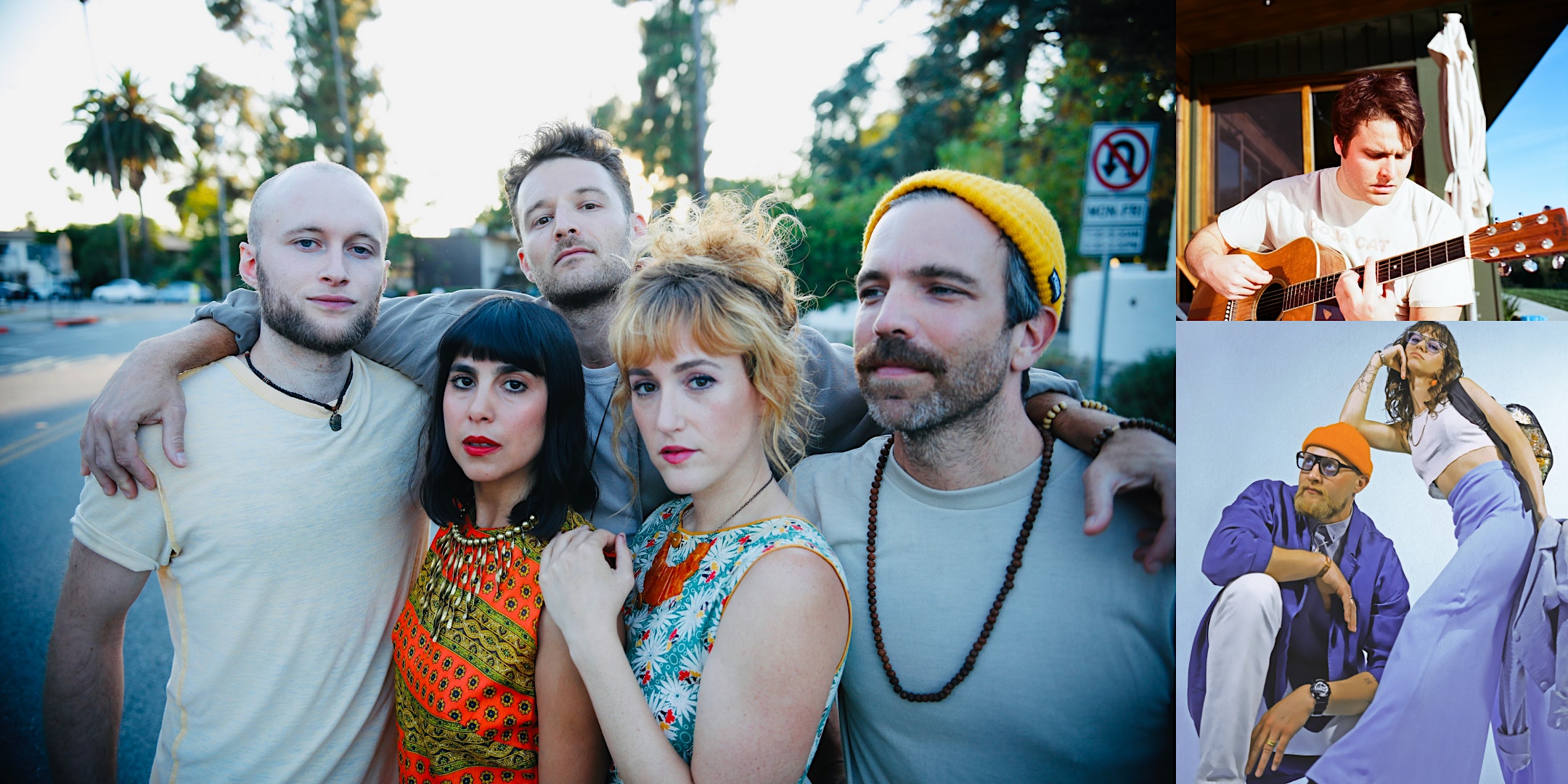 Karmic is a band of musicians, artists, and life adventurers inspiring us through their music and vision of the world. Fronted by two dynamic female singers, Kyle Tkatch and Laura Baruch, Karmic has crafted a uniquely funky Californian twist on indie-pop.

Listen to Henry Hall’s debut album and three things are made immediately clear: He’s funny, he’s talented, and he knows it. Like Father John Misty or Harry Nilsson before him, Hall is an ironist and a natural showman, the kind of guy who seems to take special delight in layering his beautiful melodies and Technicolor, Vampire Weekend-like arrangements with the kind of self-aware thinking that would drive you crazy to experience and make you laugh to bear witness to….

That he leans into his neuroses instead of away from them is, of course, part of the appeal: ‘Not in My House’ and ‘Guy’ are Curb Your Enthusiasm-level send- ups of controlling beta men. ‘John the Dog’ speculates that Hall's current artistic practice is probably linked to the trauma that inspired his childhood self to write songs about the dog his parents wouldn’t let him get—a rambling self-analysis heightened by the comic anxiety that the person on the receiving end might care.

But if Curb captures the solipsism of frumpy middle-aged men, Neato is a comedy about the special boy who got every gift in the world and still doesn’t know what to do with them. He says he hasn’t gotten a tattoo because he can’t decide on the design (‘Tattoo’), but you know the truth: He’s probably just afraid of the needle. To paraphrase the old shampoo commercial, don’t hate him because he’s beautiful.

Yo - hope you are well. Thanks for being curious about us. We’re a married couple that likes to wear matching clothes and do out-of-the-box shit to create our music. Welcome to our fever dream <3

Jane and Brian Spencer of FINKEL seem to arrive from the near future, or perhaps somewhere out there, appearing with a slight shimmer of a dimension adjacent to our own. With an atmosphere treading the periphery of pop, the duo’s tangible vocal presence overlays hypnotic electro pulsations in a combination that teases out details of last night’s otherworldly dreams and tempts the waking state to return to its astral analog. FINKEL had a busy 2020. The duo released their debut EP, “Backpack of Snacks” on April 2nd and then put out a remix EP titled, “Remix of Snacks” on August 21st. To round out 2020, the duo released a pandemic reflection record titled “Sick 2020” with features from hip hop artists Monse and Kamakaze, comedian Laura Di Lorenzo, along with several other features on December 11th, 2020. To start off 2021, FINKEL hunkered down on an isolated snow-covered island in the middle of Lake Huron and wrote their next body of work. The process was filmed by a small crew and will be released as a documentary with the album in March of 2022. Follow along with the process via Instagram @islandersfilm.

Buy your tickets for Night One!